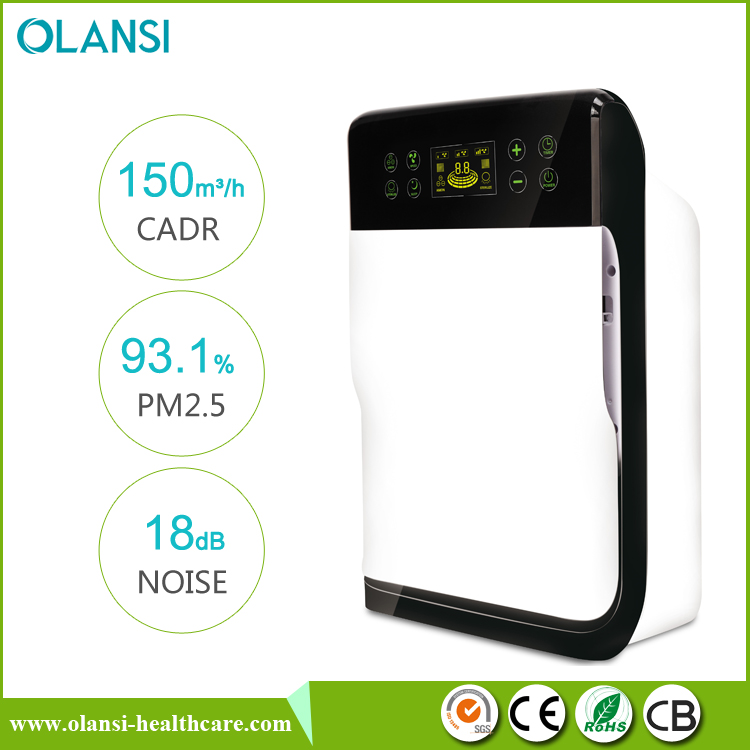 Reporters learned in Beijing, a number of stores, as the Spring Festival gift, air purifier more occasionally, to relatives and friends and innovative and practical. According to the store sales staff, due to the haze of the weather this year, the recent emergence of the store consultation, the purchase of consumers increased significantly, sales increased significantly over the same period last year.

It is understood that the current domestic air purifier households have less than 1%, while the developed countries such as China, Japan and other home ownership rate reached 27%, 17%, the two very wide gap, the market has a lot of imagination, Industry Research Institute believes that the next few years the size of China’s air purifier market reached 100 billion will not be a problem.

Because there is such a broad market, the major manufacturers have also entered the field of air purifier share. According to the forward-looking industry research institute released “2016-2021 China’s air purifier industry market demand forecast and investment strategic planning analysis report” data show that China’s air purifier industry sales revenue year by year, 2008-2013 revenue compound growth rate of 15.97 %, Especially in 2013, an increase of nearly 35%, annual sales revenue reached 37.794 billion yuan in 2014 retail sales and retail sales reached a new high, year on year growth rates are close to 80%, online market sales, sales growth Nearly 100%, online retail sales accounted for 53%, the first time more than line sales. Brand number, 2012 China’s air purifier market, but the number of 56 brands, to 2013 growth of 151, while 2014 is rapidly soared to 673, it is worth noting that the online brand 534.

Faced with so many brands, as well as a wide variety of features introduced, consumers in the choice of brand also made a difficult

“An afternoon to listen to the introduction of several sales staff, each brand of air purifier function are different, there are many advertised data parameters also simply do not understand, when the choice is really a little touch the North.” Beijing people Ms. Lee on the “China Sankei Shimbun” reporter said.

In addition, there are sales staff told reporters in the country more frequent haze, people are increasingly concerned about the air quality, the air purifier market is quickly opened, unusually hot, hot products are often robbed by consumers. However, due to the current cleaners market varies greatly, especially before the time some of the individual air purifier fraud events, but also to consumers in the choice of some more thinking, some good quality, more humane features, have a more healthy approach to the brand The first to get consumers favor.

Recently, Guangzhou Aolang Si Health Industry Co., Ltd. developed the “air magic core (trade name)” washable home air purification system through the evaluation of scientific and technological achievements. OLANSI ‘s R & D concept suggests that air should not be handled by technical means, which may lead to changes in the characteristics of the air itself. The evolutionary process determines the natural attributes of people, in the maintenance of life cycle of the entrance of the material (such as air, water, food, etc.), the most suitable for human choice should be green and natural. For which they have abandoned all the technical means that could lead to changes in the characteristics of the air itself, to take a completely imitation of the natural “washed + filtered” air treatment.

“Washing is the most natural way to clean, but also by the industry experts believe that the future development of air purification is the main direction of washing air purification system, as a new generation of air purifier, not only the purification of the upgrade, it is a healthy experience upgrade , In formaldehyde, dust and harmful gas treatment is more efficient, leveraging the advantages of water filtration and multi-layer filter protection, so that the air is more fresh and pleasant. A purifier sales manager told reporters.

In addition to technical priorities, some of the advantages of human products have also been sought after. It is understood that some air purification system with mobile phone APP function, through the advanced “Internet +” technology, even if the distance can also protect the health of their families, but also allows users to get smart home high-end experience.