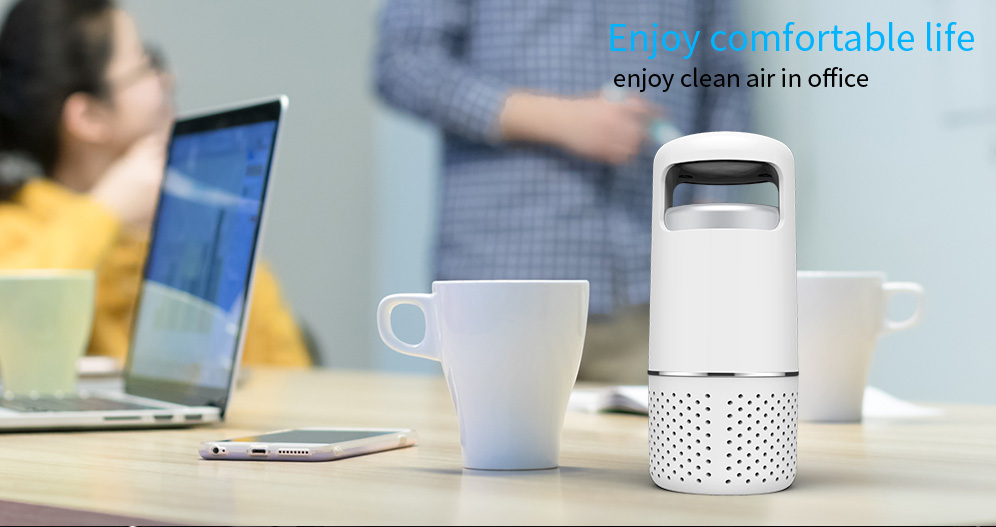 Purification effect:
Most car air purifiers are limited by power and other factors. The function of “eliminating” PM2.5 is limited, and the effect is not as good as the internal circulation system of car air conditioners.
In the survey, most people in the industry believe that most of the car air purifiers on the market currently have the function of “eliminating” PM2.5, and most of the purifiers use the filter to absorb harmful substances in the air, which is easy to accumulate. Cause secondary pollution.
Car air purifiers have become a new selling point for many businesses.
In many shopping websites, car air purifiers and anti-smashing masks have become hot items in winter. In a website, the reporter searched for car air purifiers, and there were more than 10,000 pieces of product information, including formaldehyde, odor, and PM2.5, which became the key selling points of some merchants’ recommended products.
According to the brand and function, the price of car air purifiers ranges from tens of yuan to several thousand yuan. Among them, a recently-selling car air purifier claims to use high-tech nano-purification in its advertisements. Its high-efficiency air filtration system can not only effectively remove PM2.5, but even filter 99.9% of particles as small as 0.3 microns. Other products claim to purify the interior air by electrostatic precipitator sterilization, activated carbon filters, or low-temperature non-plasma.
There is also a store introduction, the car air purifier sold by the active release of a large number of positive and negative ions, capture and eliminate the bacteria in the air, so as to achieve the purpose of cleaning the air inside the car. It is said that negative ions have the effects of oxygenation and freshening, sterilization and disinfection, sedimentation of dust, neutralization of radiation, and refreshment.
Is the car air purifier so amazing?
Not long ago, someone in Beijing especially did a simple test to verify the purification effect of a car air purifier with a price of 796 yuan.
The purifier is marked with an area of ​​10 square meters and the PM2.5 concentration measured in the car before opening the purifier is 458 μg/m3. When the purifier was turned on, it was found that the speed of air quality change was not ideal. After 25 minutes, the PM2.5 value reached 14 μg/m3, and the PM2.5 tester showed that the air quality was “excellent”.
Afterward, the tester opened the window, restored the air quality inside the car to the initial condition, closed the window and opened the vehicle’s internal circulation system. At this point, the value on the PM2.5 tester dropped rapidly, and the concentration dropped to 14 μg/m3 in just 5 minutes.
A hospital respiratory expert interviewed by the reporter said that most of the car air purifiers on the market are far less powerful than the internal circulation system of the vehicle, and it is difficult to achieve indoor air purification in a short time. If the adsorption device of the car air purifier is saturated, the cleaning effect will be greatly reduced, and secondary pollution is likely to occur, which will cause harm to human health. Therefore, a car purifier is not a “tool”.
The store specializing in the sale of car accessories told reporters that the key to the effectiveness of air purification equipment lies in the filter screen, and the car just provides us with such a filter screen – the car air conditioning filter is a standard HEPA filter, which means only need to turn on the air conditioner. Ventilation can effectively purify PM2.5.
However, he also warned that there are still some vehicles that do not have such an efficient filtration system installed.
It is understood that although the purifier negative ion purification technology promoted by merchants can make dust particles settle and kill bacteria, experts say that its comprehensive purification effect is poor, because it can not remove organic substances such as formaldehyde, and settled particles and bacterial residues remain. In the car, it is easy to produce a “black wall effect.”
Contact us for more products and discounted prices
Helen:
+86 13922346046
info@olansiglobal.com
https://www.olansiglobal.com
Posted in Air Purifier News and tagged clean air purifier reviews, hepa filters, home air purifier.