Do you know the misunderstanding of using an air purifier? 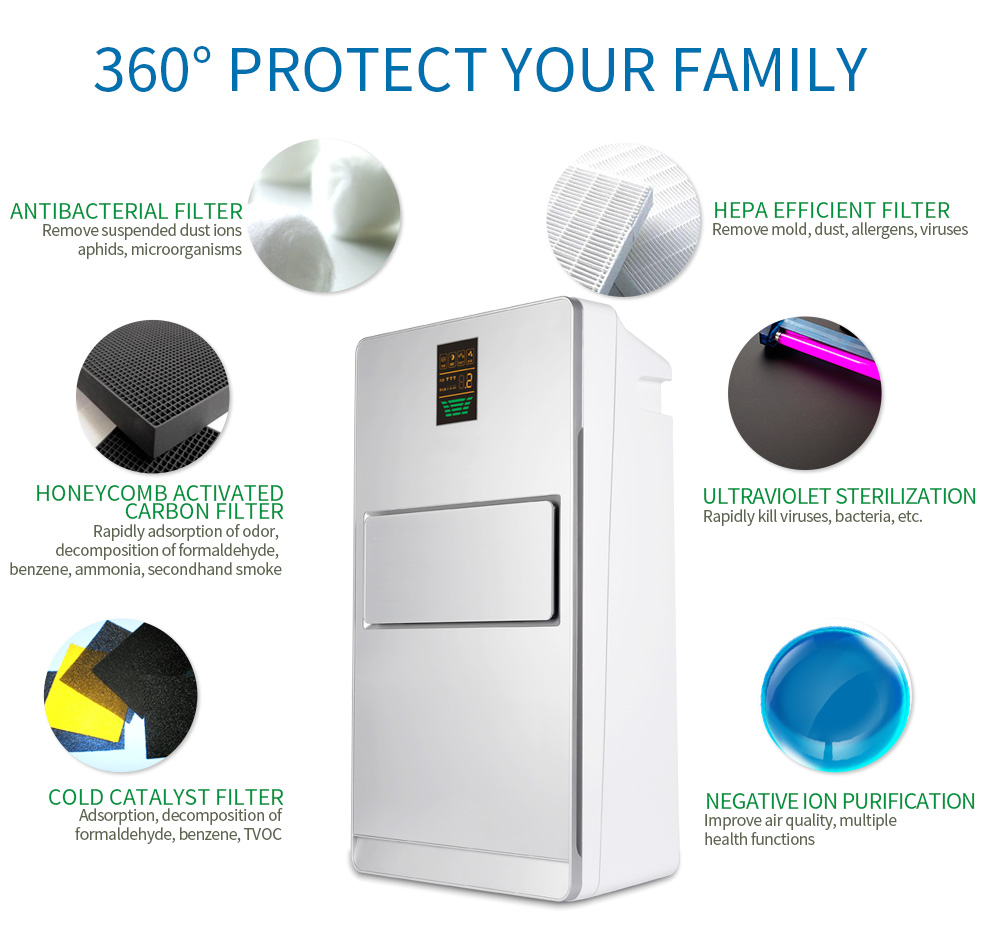 “The necessity and importance of replacing the filter”
Whether you understand it or not, you should revisit this knowledge!
What happens when the filter is not replaced in time?

However, if the composite filter is not replaced in time, the air purification effect will not be guaranteed.

Make odor into the fuselage
2

The filter and the purifier itself do not produce any odor. The main reason for the odor is that all the odor particles in the air will be adsorbed on the filter screen. When a variety of different odors are piled up, different kinds of odors will be mixed. The taste is what we commonly call the odor.

When the filter’s activated carbon is saturated with filtration, the odor particles adhere directly to the white high-efficiency filter (commonly known as the HEPA filter). At this time you need to replace the filter in time!

When the HEPA filter produces an odor and does not change the filter in time, the odor particles that the filter cannot adhere to are directly sucked into the inner air duct of the purifier and adhere to the surface of the plastic, even if a new filter is replaced. The net still produces odors.

The new filter can be replaced and turned on in another space and the maximum wind speed is blown for a while. If the pollution is serious, you need to carry out after-sales maintenance disassembly cleaning!
Reduce the interception effect
3

The blocked filter not only reduces the output of clean air but also greatly reduces the interception effect of pollutants in the air, resulting in a greatly reduced air purification effect. People living indoors inhale the unclean air, which is equivalent to letting themselves The lung acts as an “air purifier.”

Therefore, the blocked filter should be inspected and replaced in time!

The traditional air purifier adopts the purifying mode of fan exhaust + filter filtering. Once the filter is saturated and not replaced in time, the microorganisms intercepted by the filter and the bacteria and viruses raised by the filter will be blown back into the room by the fan, resulting in two Secondary pollutions.