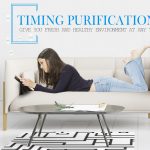 How to prevent PM2.5 under severe haze

When PM2.5 is inhaled into the human body, it can easily cause diseases including asthma, bronchitis and cardiovascular diseases. The main source of PM2.5 production is the residue emitted by combustion during daily power generation, industrial production, and automobile exhaust emissions.

PM2.5 refers to particles in the atmosphere with a diameter less than or equal to 2.5 microns. Its diameter is less than 1/20 of the thickness of human hair. Medical experts believe that fine particles with a particle size below 2.5 microns are equivalent to human hair. The size of 1/10 is not easy to block. When PM2.5 is inhaled into the human body, it can easily cause diseases including asthma, bronchitis and cardiovascular diseases. The main source of PM2.5 production is the residue emitted by combustion during daily power generation, industrial production, and automobile exhaust emissions.

About 2.1 million people die every year from the increase in particulate matter such as PM2.5

It is reported that the 2012 Global Environment Outlook 5 published by the United Nations Environment Program pointed out that 700,000 people die each year from respiratory diseases caused by ozone, and nearly 2 million premature deaths are related to particulate pollution. The Proceedings of the National Academy of Sciences (PNAS) also published a research report saying that the average life expectancy of humans has been shortened by five and a half years because of air pollution.

According to a report released by the World Bank, the number of premature deaths caused by outdoor air pollution averages 1,000 per day, and between 35 and 400,000 people face death each year. Specifically, as early as 1997, the World Bank estimated that 50,000 Chinese people died prematurely because of air pollution. Overall, the report found that air pollution in China has reduced the life expectancy of urban residents by 18 years.

The toxic fog on December 5, 1952 was one of the most painful moments in London’s history. The poisonous fog caused at least 4,000 deaths. Countless Londoners had difficulty breathing, traffic was rampant for many days, and millions of people were affected. World Health Organization first identified PM2.5 carcinogenicity On October 17, 2013, the World Health Organization’s International Agency for Research on Cancer issued a report that first identified air pollution as a cause of cancer in humans and regarded it as a universal and major environmental carcinogen. However, although air pollution has been proposed as a holistic carcinogen, its damage to the human body may be the result of the simultaneous action of several major contaminants it contains.

It is generally believed that PM2.5 is only air pollution. In fact, the impact of PM2.5 on the overall climate may be even worse. PM2.5 can affect cloud formation and rainfall processes, indirectly affecting climate change. In addition to salt in seawater, fine particulate matter PM2.5 is also an important source of condensation in the atmosphere. Under some conditions, there are too many PM2.5s, which may “divide” water, so that the clouds in the sky will grow little, and the blue sky and white clouds will become less than before. Under some conditions, PM2.5 will increase the condensation of condensed nodules. The number of raindrops in the sky increases, and extreme rains may occur.

How to prevent PM2.5

1.Use a small particle size ionizer to intercept

2.Open the window when driving less

3.Do not smoke indoors

The PM2.5 value of 198 mg/cube before the cigarette was smoked. The value of a cigarette increased to 685 mg/cubic in one minute. The two cigarettes were 1394 mg/cubic, 90% of which were derived from the particles in second-hand cigarettes. .

4.Wash your face and bare skin

The oil will absorb fine particles in the air, including PM2.5, to clean the face and exposed skin indoors, which can prevent secondary pollution of PM2.5 indoors.

5.Do not open the window in the fog

Fog, a condensation of water suspended in the low ground near the ground, is often dissolved in sulfur dioxide, nitrogen oxides and metals and organic compounds attached to the surface, especially PM2.5. In foggy weather, especially in ash weather, when PM2.5 concentration is relatively high, it is best to leave the door less and close the door and window.

6.Residents near the small hotel should open less window

When cooking, people may cough or have a sore throat. This is PM2.5 inhaled in soot and gas exhaust. Professor Yin Yan, Dean of Nanxin University’s School of Atmospheric Physics, said that some open-air barbecue stalls in Nanjing City, the smoke emitted by small restaurants have not been treated, and contain a large amount of PM2.5. In particular, residents in the vicinity should pay attention to opening windows as little as possible. .

The traffic volume in the morning and evening peaks is large, and the dust generated by the exhaust gas and the human action is superimposed, and the air pollution will be more serious. At this time, it is better to close the window.

8.Choose a good time to go out to exercise