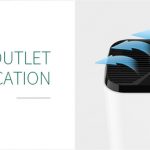 Singapore is full of smog, Indonesia is hard to blame

Singapore will once again enter the annual ‘season’. In 2013, Singapore’s smog from neighboring Indonesia’s land reclamation came with the wind, and Singapore experienced unprecedented air pollution. Due to the inaction of the Indonesian government in the past year, coupled with the impact of the El Niño phenomenon, it is expected that air pollution in Singapore will only become more serious this year.

Singapore has always been proud of its fresh air, but the air pollution index here reached its highest point in history last June. The neighboring Indonesian island of Sumatra opened up forests by burning waste, causing the whole of Singapore to be swallowed up by smog.

Despite the indignation of Singaporeans, the environmental protection organizations have exerted a lot of pressure on the Indonesian government. However, over the past year, the Indonesian government has not been able to reach an agreement on cross-border smog pollution in the Association of Southeast Asian Nations in 2002. The fire on Sumatra is still raging. Burning. Because of the many peat deposits beneath the surface, fires can often last for several weeks.

To make matters worse, the possibility of the El Niño phenomenon is also growing this year. This means that Singapore, parts of Indonesia and Malaysia may be enveloped in smoke in the next few months, which will be a major blow to the health, economy and tourism of local people.

The El Niño phenomenon usually manifests as an unusual warming of the Pacific Ocean, which can cause severe droughts in Australia, Southeast Asia, and India, while flooding the Midwest and Brazil.

Singapore’s Environment Minister Vivian Balakrishnan told Reuters: ‘If Southeast Asia enters the dry season of four to six months from June, and the behavior of businesses and people remains the same, we will face a period of time. Very difficult time.’

According to Reuters, due to delays in pollution control, Singapore intends to take the initiative to punish individuals and businesses that cause air pollution in Singapore outside the country and is expected to submit it to Parliament later this year. However, legal experts believe that this decree is a bold move and it is difficult to implement it.

Because it is not easy to obtain evidence, it is difficult to specify who should be responsible for the smog. Both Indonesia and Malaysia refused to disclose maps that clearly show land use and rentals, so that it is impossible to know who the land to be burned is. Legal proceedings in courts in Singapore are a more complicated process.

Alan Tan, a professor of international law at the National University of Singapore, said: ‘The basic forensic investigation of who is arson on any land is difficult to complete, not to mention the real prosecution of parties or the management of land use conflicts. A complicated problem.’

The world’s two major palm oil companies, Fengyi International Co., Ltd. and Jinguang Agricultural Resources Co., Ltd. have promised not to destroy the forest. In addition to the palm oil industry, it is believed that the paper and pulp industry is also one of the causes of smog.