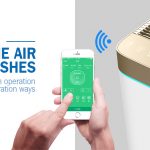 Geneva – The World Health Organization (WHO) publishes the latest Ambient air pollution (A global assessment of exposure and burden of disease). According to the WHO’s new air quality model, 92% of the world’s population lives in areas where air quality levels exceed WHO limits. The information is presented through an interactive map that highlights areas within the country that exceed WHO limits. ‘The new WHO model shows countries where there is a risk of air pollution, and a baseline is provided to help monitor progress in controlling pollution,’ said Dr. Flavia Bustreo, Assistant Director-General of WHO.

This model also reflects the most detailed outdoor (or environmental) air pollution-related health data reported by WHO in the countries. Developed in collaboration with the University of Bath, the model is based on satellite measurements, atmospheric transport models and ground station monitors covering more than 3,000 urban and rural locations.

The cost of air pollution to human health