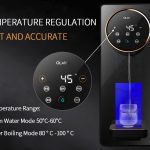 Hydrogen can cure many diseases? The new favorite of hydrogen-rich water into drinking water Hydrogen, everyone may be familiar, but mentioning that hydrogen can cure diseases, you may be a little surprised. In fact, major medical machines have also carried out basic and clinical research on the medical use of hydrogen, and have confirmed the potential of hydrogen for disease prevention and treatment. A few days ago, some hydrogen-rich drinking water appeared on the market, which was welcomed by some people who have a health concept.

Hydrogen can cure many diseases

Recently, Professor Hirohisa Ono of Shunten University in Japan published the latest clinical research results in The Journal of Stroke & Cerebrovascular Diseases, which is the first time to prove that human cerebral ischemia patients are safe to inhale hydrogen. A number of clinical indicators show that hydrogen has a therapeutic effect on cerebral ischemia.

In 2007, Japanese scholar Professor Ota, who discovered that breathing 2% of trace hydrogen had a significant effect on cerebral ischemia-reperfusion injury. The safety and practicability of hydrogen has attracted a large number of scholars from around the world to enter the new research field of hydrogen medicine. So far, more than 500 academic research papers have been published, which proves potential for more than 160 diseases and injuries such as diabetes and cardiovascular and cerebrovascular diseases. The value of treatment.

In 2016, the Japanese Ministry of Health, Labor and Welfare announced that it would include ‘hydrogen treatment for cardiac arrest syndrome’ in the ‘Japan Advanced Medical Class B’ system. The identification of Japan’s ‘advanced medical care’ is based on the medical system that is included in the Japanese health insurance, and is in the experimental stage of research and development. Japan will then conduct a medical trial study of 360 patients enrolled in 20 medical institutions using 2% hydrogen.

Hydrogen is good for the treatment of diseases. Foreign research and development of hydrogen-related health products has been carried out long ago. Among them, hydrogen-rich drinking water has become the new favorite and mainstream development trend in the market. It is understood that in the developed countries such as Japan, South Korea, and the United States, the hydrogen-rich water industry has developed for nearly 20 years. In Japan, hydrogen-rich water has reached a market scale of 20 billion yen in 2013, with an annual growth rate of more than 20%.

‘Many medical and clinical trials at home and abroad have confirmed that hydrogen has a certain therapeutic effect on many diseases. Therefore, drinking hydrogen-rich water often can stimulate the mitochondrial activity of the body of the drinker, making the metabolism of the body’s new city active and vigorous, increasing the body’s ability to the virus. The ability to clear the body also keeps the body young and energetic.’

It is understood that hydrogen-rich water has certain improvement effects on patients with hypertension, diabetes, stroke and gout. At the same time, it also has a certain health effect on middle-aged and elderly people who are weak, over-stressed, depressed and depressed, joint pain, athletes, fitness enthusiasts, dieters, smokers and drinkers. ‘Especially, it has a certain conditioning effect on gout.’ Gout is a metabolic disease caused by an increase in sputum metabolism in the blood. Hydrogen-rich water is rich in hydrogen molecules. When it enters the human body, it is decomposed into active hydrogen by hydrogen decomposing enzymes in the body. Active hydrogen reacts with active oxygen (oxygen radicals) in the human body to produce water that is beneficial to the human body. The active oxygen is removed, the cells are rejuvenated, and health is improved. 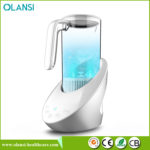 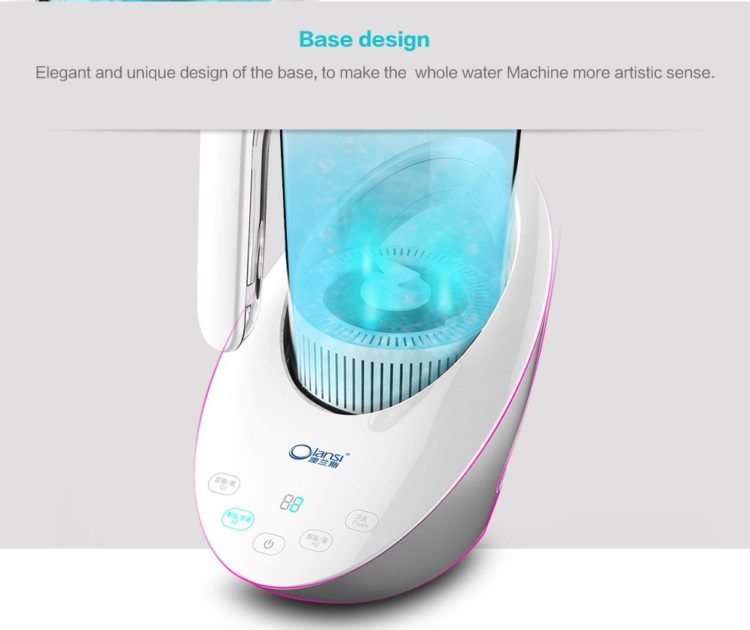 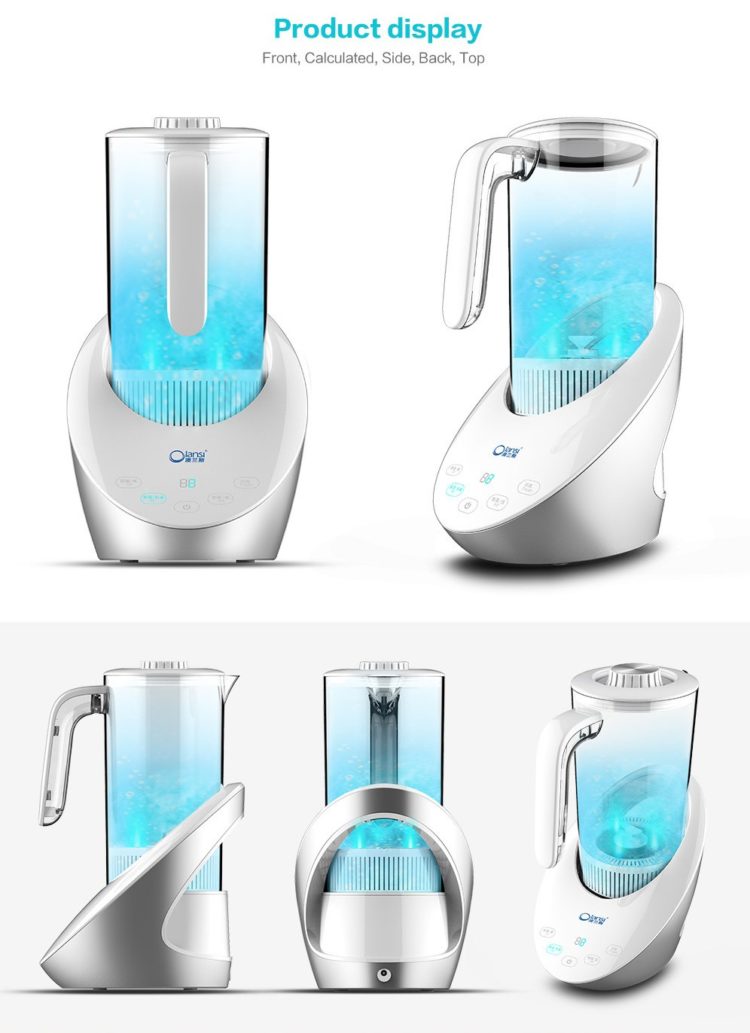 Hydrogen water can neutralize ROS, Reactive Oxygen Species which are notorious for destroying normal cells or distorting DNAs. Besides, you can also enjoy helpful minerals dissolved in hydrogen water.

Hydrogen-Rich Water or hydrogenated water contains active hydrogen ions that act as powerful antioxidants in your body. The ions help eliminate oxygen free radicals that contribute to the development of illness and ultimately are responsible for the aging process. if you want to know more, pls contact

Explore the therapeutic effect of hydrogen-rich water on gout

Hydrogen-rich water has little research paper on gout, but the anti-inflammatory effect of hydrogen has been affirmed by many scholars, and there is a clear clinical study on rheumatoid arthritis. The results of research on the treatment of rheumatoid arthritis with hydrogen-rich water are also very clear.
Hydrogen is so amazing that it is almost freely available. Gout patients are worth trying to use hydrogen for health and prevention.
A recent study in Japan showed that hydrogen has a significant therapeutic effect on rheumatoid, especially early rheumatoid. The study was a non-double-blind, small-scale clinical study with limited credibility.
1. Study and select 20 patients with rheumatoid arthritis.
2, the treatment is to let patients drink 530ml of high concentration of hydrogen water every day, the entire treatment cycle is 12 weeks.
3. Treatment First use hydrogen water for 4 weeks, then stop for 4 weeks, then drink hydrogen water for 4 weeks.
4. Indicators: Octahydroxyguanine in blood and urine is used as an indicator of oxidative damage, and C-reactive protein is used as an indicator of inflammatory response.
The results showed that after 4 weeks of treatment, both the urinary oxidative index and the inflammatory response index decreased significantly. After 4 weeks, the above indicators continued to decline (cause?). After 4 weeks of treatment, the urine oxidation index decreased further, and the urine oxidation index was lower than the normal level, but there was no significant decrease. Most surprisingly, all five patients with early onset (less than 12 months of onset) had significant relief, and 4 of them completely disappeared after treatment.

Hydrogen-rich water can relieve gout
1, Hydrogen-rich water dissolves 21.3 mg of uric acid per 100 ml, which is more than twice that of ordinary drinking water. Regular drinking can lower blood uric acid levels.
2, during gout treatment, generally need to drink enough water every day to ensure that the daily urine volume is not less than 2000ml so that uric acid is fully excreted.

The world’s only four-in-one water dispenser with a hydrogen production capacity of up to 2000 ppb, including 3s rapid heating technology, reverse osmosis water purification and rich strontium filtration to meet all the water needs in your healthy life.
Choose Olansi and choose healthy living. 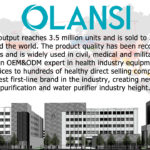