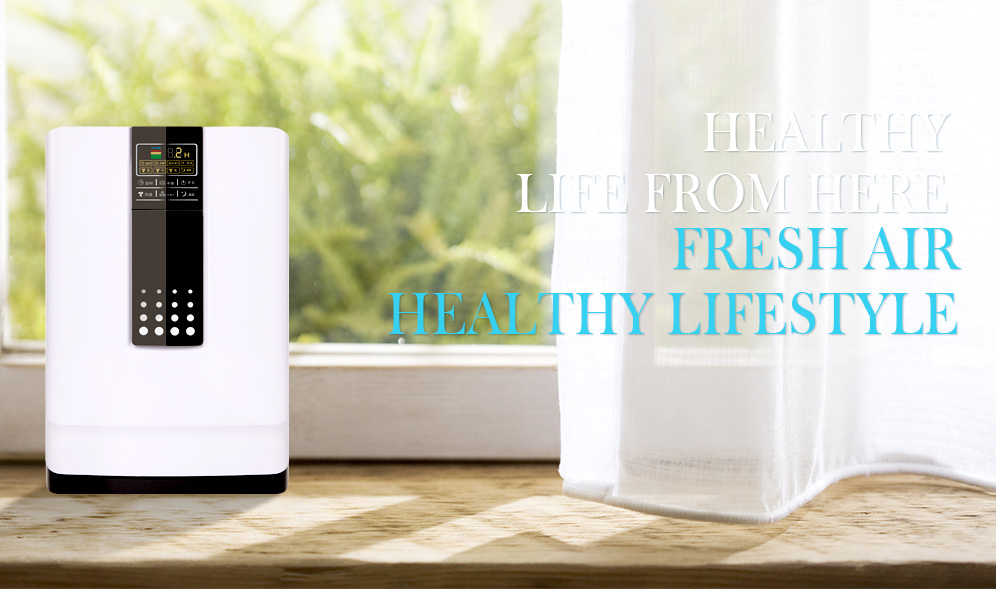 As long as there is a haze, even if the window is closed, the concentration of particulate matter in the room will increase several times or even several times. But can the small room air purifier really filter out these harmful gases in the room and let us breathe fresh air?
1. The air purifier was born to solve the pollution of particulate matter, but the purifier that really filters PM2.5 is rare.
Air purifiers originated from firefighting purposes. In 1823, John and Charles Dean invented a new type of smoke protection device that allowed firefighters to avoid smoke during firefighting. After nearly two hundred years of development, the focus of air purification has shifted to air purification methods, such as home air purifiers. The air purifier was originally created to solve the particulate matter pollution, but the smoke does not have the reference value for PM2.5 particles.
PM2.5 refers to particulate matter with a diameter less than or equal to 2.5 microns in the atmosphere, also known as lung particles. Its diameter is less than 1/20 of the thickness of a human hair. In Western countries, more than 90% of air purification devices are aimed at allergic patients, that is, people who have severe discomfort with pollen, pet hair, smoke, mold and dust. The Chinese people’s more demand is to filter the waste particles in the air. Many waste particles, especially PM2.5, are much smaller than pollen, dust and other particles. Therefore, purification devices that work well in Western countries may not be suitable in China. According to the monitoring data of the home appliance research company Zhongyikang, in 2013, foreign brands in the Chinese air purifier market accounted for more than 80% of the market.
2, the most favored HEPA filter air purifier, filter maintenance costs are too high can not “resistance”
The HEPA filter air purifier is the most popular “anti-crack” air purifier on the market. HEPA technology was first developed by American scientists for the Manhattan Project to filter out radioactive particulate matter in the laboratory air. The standard HEPA filter is capable of absorbing 99.7% of suspended particles of 0.3-micron size (0.3 micron is the most difficult to filter). Of course, the physical gap of the HEPA filter is much larger than 0.3 micron, otherwise, the air purifier will be ventilated. affected. The reason why it can block 0.3 micron particles depends on some chemical fiber or glass fiber. Therefore, the HEPA filter can’t be washed with water and can only be replaced regularly. HEPA filters are available in a variety of materials and have a service life between June and August. This increases the cost of using the air purifier. Some people have spent a lot of money to buy an air purifier, but they are too expensive to maintain. They don’t change the filter according to the requirements. The result is that it is only occasionally opened but has no effect. It is purely wasteful, or equivalent. Buying a piece of furniture has no other use than occupying a place.

It is worth mentioning that HEPA technology is not called if you want to call it. It must be certified by the US Department of Energy. Those who use the “HEPA filter” or “Imitation HEPA filter” air purifiers, not to mention It’s time to fight against it.
3, the efficiency of handling air pollution is not equal to the ability to clean
Assessing the purification capabilities of air purification equipment requires clarifying two concepts. One is efficiency and the other is effectiveness. The efficiency of an air purification unit is usually expressed as a percentage, which refers to the proportion of air pollutants that pass through the equipment; and effectiveness refers to the ability of the equipment to reduce pollutants in the area occupied. Efficiency mainly depends on the air passing rate and the ability to bear PM particles. The effectiveness is related to efficiency, but it also relates to how much air is purified and how much clean air is purified, which reflects the processing capacity of air purification equipment. Many merchants only label the efficiency of the device, not its effectiveness, so even if its efficiency reaches 90% or more, it may be inefficient in dealing with indoor polluted air.
4, the purifier can only improve the air quality in a small range, can not cover the entire room
The air of an ordinary house is not introduced from the tuyere where the air is introduced from the outside. After being filtered, sterilized, and exchanged by the fresh air vent, it is sent into the room but is accessed by the door and window. Air purifiers require air convection, and one of the most intuitive indicators of decontamination speed is ventilation. The air purifier is placed in the corner, and its purification range is generally about 2 meters in diameter so that the air in other places is difficult to be “captured” by the purifier. Some foreign air purifier manufacturers are often selected to sell when the house is being renovated. They will make reasonable planning and design of the entire building structure as needed.
Then, whether the air purifier is embedded in the doors and windows and the production of a window-mounted air purifier can become an “anti-霾 artifact”? In fact, if the outdoor air pollution is too heavy, it will not be long before the contaminants will block the filter unit of the purifier. Although the effect will be very good, the cost of replacement and maintenance for this is not something that ordinary people can afford.
Blind use of air purifiers is harmful

On March 26, 2013, British artist Matt Hope rode his invented “air filter bike” through the streets of Beijing, which was shrouded in fog.
1. The air purifier may cause secondary pollution and cause harm to the human body.
At present, air purification using electrostatic dust removal technology on the market is also recommended by the sales staff of major supermarkets. Electrostatic dust removal technology uses anode discharge to bring positive pollutants to airborne particulate contaminants and uses Coulomb force to adsorb charged particulate contaminants on the dust collection device to purify the air. However, there is no way to eliminate bacteria on particulate pollutants, and ozone is generated during the use of positive electroacupuncture. The half-life of ozone is longer than half an hour. Ozone is an irritating gas to the lungs, which can cause asthma. , cough, chest tightness and other symptoms. The American company (Sharper Image), which used to produce electrostatic adsorption air purifiers, was sued by consumer organizations because of excessive ozone. After losing the case, sales fell sharply and soon declared bankruptcy.
Some air purifiers may also generate some new potentially toxic contaminants or may re-transmit the previous contaminants. For example, purification equipment using HEPA and activated carbon filtration is easy to become a breeding ground for microbial growth because the filter element is not easily replaced in time.