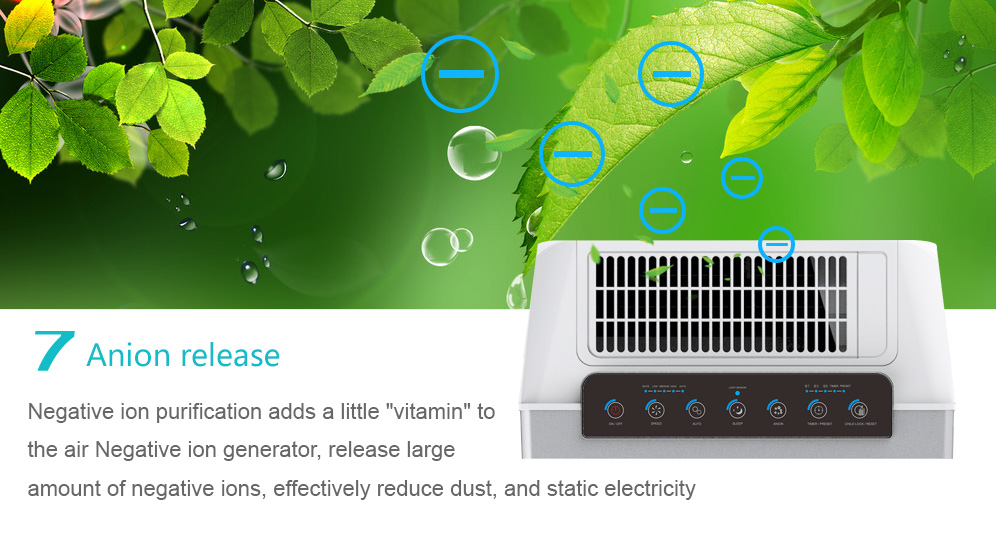 “Removal of formaldehyde 99%” “Efficient addition of PM2.5”… In the past two years, due to the influence of smog, air purifiers have been increasingly popular, and the effect of products with 5,000 or even 10,000 yuan is really publicized. Is it amazing?

Recently, the relevant performance evaluation results of China’s air purifiers released by relevant departments show that the PM2.5 technology in the air purifier purifying air is relatively mature, and the function of scavenging formaldehyde is basically “flickering”, with no significant effect, and the price is high and exaggerated. And so on.

The reporter saw at the air purifier counter of the front store of an electrical appliance store in Beijing that there were twenty or thirty air purifiers on the shelves, and the price ranged from less than 1,000 yuan to nearly 10,000 yuan. Many manufacturers’ large posters are printed with “99% formaldehyde removal”, “complete decomposition without residue”, “smart removal of formaldehyde”, etc., and various “advanced technologies” with letters and English are attached below.

The reporter asked about the need to purify the air after the house was renovated. The salesperson immediately promoted an imported brand air purifier with a price of 5,499 yuan. In the promotional materials, this model AC4076 products filter formaldehyde rate as high as 99.1%.

The reporter asked the clerk “when the effect can be achieved so well, how the value is drawn”, the clerk said that “this is imported, all the data detected by the authoritative laboratory, authentic and reliable, just use it.”

So, the actual use of formaldehyde in addition to the effect is really so ideal? Song Guangsheng, director of the National Indoor Interior-Environment and Environmental Product Quality Supervision and Inspection Center (hereinafter referred to as “Indoor Environmental Inspection Center”) gave a rather pessimistic answer: “Most air purifiers claim that formaldehyde has almost no effect.”

It is understood that the indoor environmental inspection center selected ten purifiers on July 23 and conducted a one-month test. According to the test report, seven out of ten purifiers have the function of purifying formaldehyde. According to the results of the measured cleanroom air (CADR), these seven purifiers have no significant effect, including the similar products of AC4076. AC4074. The best-performing one purifier is turned on for 1 hour in a 15 square meter room. In theory, the formaldehyde in the air is also reduced by less than 50%, and the CADR value is only 29m3/h.

“Generally, the CADR for removing pollutants is worth more than 60m3/h. The effect is even worse when formaldehyde is released indoors. Most air purifiers claim that the effect of removing formaldehyde is only a selling point.” Song Guangsheng said.

The best value for a thousand yuan purifier

It is understood that the national standards for air purifiers stipulate that their performance indicators are expressed in terms of “clean air volume” (CADR) in m3/h. The air purifier has a corresponding CADR value for each air pollutant that can be removed. The CADR value can directly and scientifically reflect the true purification ability of the air purifier. The larger the value, the stronger the ability.

Because the effect of the air purifier is difficult to visually verify, there are few products with more professional CADR values, which leads many people to choose the air purifier. Liu Lin, a citizen, said: “I can’t tell the effect of a machine. In this case, for the sake of peace of mind, I can only buy a relatively high price.” The reporter found that Liu Lin’s idea is quite representative.

Air purifier, is it really the higher the price, the better?

The test results of the “Indoor Environmental Inspection Center” gave the answer: the purification performance and the price level have nothing to do with it. The reporter saw in the statistical results of the test results that the price of a foreign brand product with the highest price was 4047 yuan, the CADR value of PM2.5 ranked fourth, but the price/performance ranking ranked the last; the lowest selling price was a 499 yuan air. Purifier, the CADR value of PM2.5 in the test is 110m3/h, and the price/performance ratio is ranked second.

According to industry insiders, the cost of purifiers is not high, but the price is not uncommon in the seven or eight thousand yuan. The phenomenon of high prices is more serious. “To be reasonable according to the size of your room, this inspection effect, the purifier cost of about 1,000 yuan is the best.” Song Guangsheng said.

In the first half of this year, sales of air purifiers nearly doubled and the market prospered. Behind the prosperity, the chaos in the air purifier market cannot be ignored, and it is suspected of false propaganda and blind expansion. The reporter saw a third-party test report on some air purifier brand brochures, and most of the products only had their own propaganda.

In the above AC4076 product brochure, the “99.1%” result is to inject formaldehyde into the “1m3 closed box, start the action for 3 hours, and determine the concentration change of the components.” The data were tested according to a third-party testing agency and the Guangdong Provincial Microbial Analysis Center.

The reporter contacted the Guangdong Provincial Microbial Analysis Center to inquire about the air purifier testing. The staff sent a “trust check registration form” and an “air purifier quotation” to the reporter. The quotation shows the CADR value (particulate matter), CADR value (formaldehyde), formaldehyde, benzene, and other testing items. The price ranges from 500 yuan/time to 2500 yuan/time. “You are free to choose the project you are willing to test.”

Experts said that air purifiers do not have an authoritative testing mechanism. It is inevitable for enterprises to detect certain data according to their own choices and even exaggerate the purification effect. In addition, the third-party testing units are mixed, which is easy to do with commercial interests, and it is difficult to ensure the accuracy and fairness of the test results.

Experts remind that the basic requirements for the purchase of air purifiers are non-toxic, safe, and the CADR value is valid and reasonable. It is necessary to purchase products according to indoor pollutants and rooms and pay attention to the timely replacement of filter materials during use.