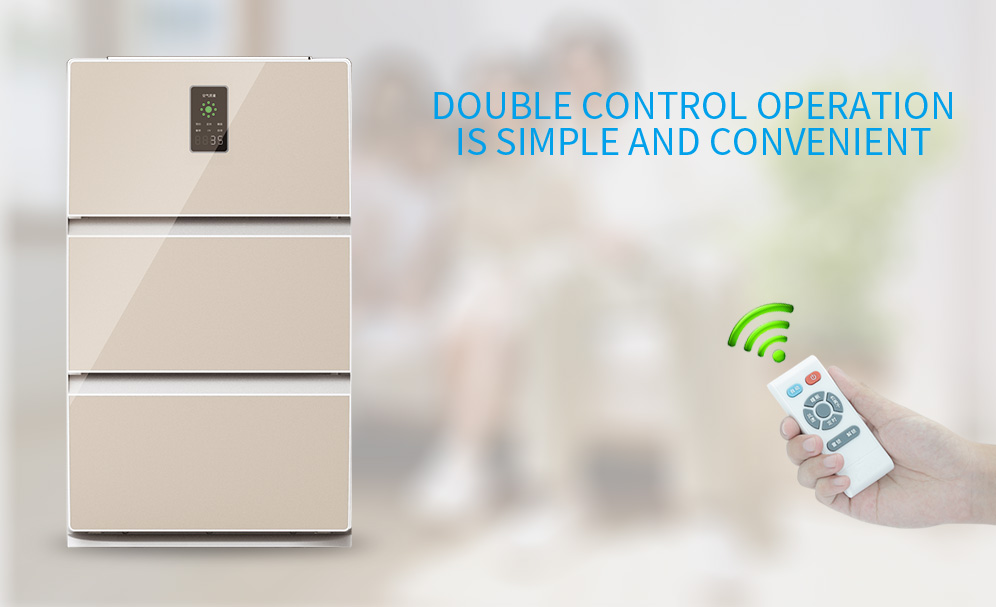 The activated carbon itself is pulverized and screened by carbonaceous materials, and then placed in a carbonization activation furnace for high-temperature catalysis or chemical catalysis, so that a large number of small pores colluded with each other are formed on the surface of the carbon, and a honeycomb structure is formed which is crisscrossed. It is made by pickling or washing with water and drying. Relying on the carbon honeycomb structure, activated carbon can adsorb some pollutants into its own pores, so the larger the surface, the more developed its pore structure and the stronger the adsorption capacity. In addition to strong adsorption capacity, activated carbon is also accompanied by a stable catalytic reaction, so that the activated carbon after adsorption of pollutants catalyzes toxic gases such as formaldehyde when it reaches saturation.
Activated carbon has a strong adsorption capacity, and has good adsorption and purification ability for indoor formaldehyde, benzene, toluene, xylene, TVOC, and other harmful gases. Activated carbon is usually used for the following purposes:
1. Water purification
2, anti-mite and mildew
3, indoor sterilization
4, indoor environmental protection detoxification
Activated carbon is able to remove harmful substances such as formaldehyde. Putting activated carbon inside the gas mask instead of placing other substances can already explain the problem.
If you want to buy a few kilograms of activated carbon, you want to completely remove the formaldehyde in the newly renovated house, then you are wrong because the amount of kilograms is not enough.
Because activated carbon is mainly static adsorption, the closer the harmful gas molecules are, the better the effect. That is to say, when the activated carbon is placed in a fixed place in the room, it only adsorbs the polluting toxic gas molecules that are free in the air near it. Ventilation of the window allows the air to flow so that harmful gases in the distance can be adsorbed. Because of this principle, the moisture, carbon dioxide and other substances around the activated carbon are also adsorbed, which reduces the ability of formaldehyde pollution.
Therefore, we add an activated carbon filter to the air purifier, and the centrifugal fan of the air purifier runs at high speed to accelerate air circulation. The air inlet of the purifier is completely passed through a layer of activated carbon and is subjected to the interception and sterilization of the subsequent filter to achieve the function of purifying indoor air pollution.
However, although activated carbon does not refuse to be toxic, it is easy to be saturated, especially in an indoor environment that is heavily polluted after renovation.
Contact us for more products and discounted prices
Helen:
+86 13922346046
info@olansiglobal.com
https://www.olansiglobal.com
Posted in Air Purifier News and tagged Hepa Air Purifier, home air purifier, ionizer air purifier.