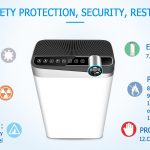 I want to know why the air is particularly bad today?

The main source of PM2.5 comes from human production and life. From the current pollution source results released by the provinces, coal, motor vehicle exhaust, industrial pollution, and dust are the main sources of PM2.5. In addition, other emissions such as straw and garbage burning, food fume, livestock and poultry farming, architectural coating and sea salt particles also contribute to PM2.5. In addition to pollution sources, meteorological and topographic conditions will also have an important impact on urban air quality.

In winter, the concentration of local pollutants is high and the intensity is high. Especially in the northern regions, the temperature is low. Coal heating is used, coal consumption is significantly increased, and soot dust, nitrogen oxides and sulfur oxides are emitted in the inversion layer. It accumulates under the weather and forms a large amount of particulate matter through atmospheric reactions. This is also one of the important reasons for the high PM2.5 concentration in winter.

Compared with summer, due to the lower temperature in winter, the gas pressure and temperature of the working cycle of the automobile engine are not high, the burning speed of the mixed gas is slowed down, or the low-speed operation of the traffic jam engine is encountered, the fuel combustion is insufficient, and the exhaust emissions of the vehicle are increased. As a result, emissions of PM2.5 and its precursors (sulfur dioxide, nitrogen oxides, VOCs, etc.) increase. The peak of daily commute is also the period of highest PM2.5 concentration in one day.

There is also a “contribution” of sandstorms in the PM2.5 concentration in the north. Although the main component of the sandstorm is PM10 particulate matter, it also contains a part of PM2.5. At the same time, strong wind blows a large amount of dust and dust on the ground and is caught in the air, combined with sulfur dioxide, nitrogen oxides and other gases in the air. Accelerate the formation of secondary particulate matter PM2.5.

North China, Northeast Spring and Autumn, southwest, and the middle and lower reaches of the Yangtze River in summer and autumn are the harvesting period of crops. At this time, burning straw has become the biggest threat to air quality pollution. When the straw is incinerated, the atmospheric sulfur dioxide, nitrogen dioxide and PM2.5 index will reach a high peak, in which the concentration of sulfur dioxide is twice as high as usual, and the concentration of nitrogen dioxide and PM2.5 is three times higher than usual. These harmful particles are extremely easy to sink, and the local ground has a large humidity, and the water vapor is sufficient, and sinking to the ground forms a haze.

Straw burning is not the main source of air pollution. From the national level, it produces less than 5% of PM2.5. However, since the straw is concentrated and burned in one or two days, on the day when the pollution is the heaviest, the PM2.5 produced by straw burning may account for 30% and 40% of the PM2.5 in the air.

Although food fume is not the main source of PM2.5, it certainly contributes to PM2.5, but the proportion is relatively small. Chinese people are used to cooking, frying, frying, roasting, etc., and it is easy to make a large number of soot aerosols. Even in many parts of China, the tradition of using coal and firewood to cook rice is still maintained. The resulting pollution emissions are indeed factors that cannot be underestimated in air pollution.

The impact of food fume on air pollution is more obvious in summer. According to statistics from the Beijing Municipal Environmental Protection Bureau, cooking sources accounted for 15% to 20% of PM2.5 pollution sources in Beijing’s urban areas during the summer. Eating barbecue seems to have become part of the summer night life of the citizens. However, due to the lack of standardized management and exhaust equipment, the open-air barbecue is mostly charcoal. When cooking, it will release a lot of carbon monoxide, carbon dioxide and oil mist, and in the air. The dust combines to form PM2.5 particles. 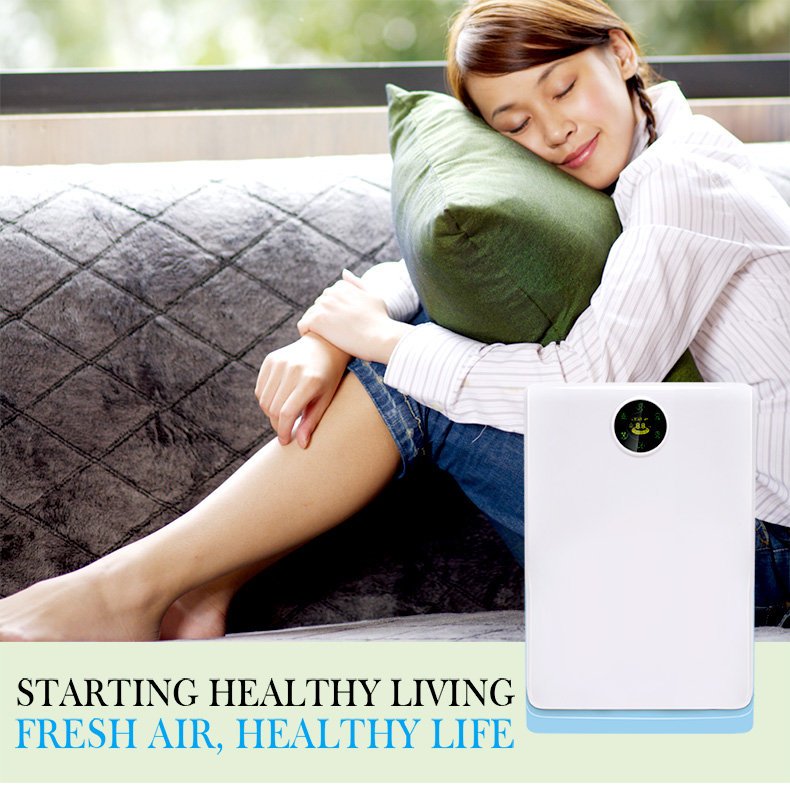 In recent times, with the decline regarding China’s air quality, surroundings purifier is very pleasant in the home machine market, a variety of claims in order to have fight haze, chemical and other suspended particulate matter, air purifiers in addition to other associated with typically the chemical pollutants are actually put on the window, table, online shopping mall. Within addition to having identified as air purifier goods the removal effect associated with the haze is extremely popular, in the refinement function, people’s attention is usually undoubtedly can remove interior air pollutants of chemical. Formaldehyde, colorless, pungent flavor, smell is just not enough, is usually a great harm in order to our body chemical gas, typically known as formalin. Despite the fact that there have been a lot of people pick the air cleaner for purifying the damaging substances, but you can still find many people on the vacant net product really could remove formaldehyde with hunch attitude. Here, I would certainly like to start coming from the two aspects, while we interpret the environment cleaner is to remove chemical, we hope to fix the doubt.

Second, based to the noun Baidu encyclopedia explains that typically the meaning of air purifier regarding adsorption, decomposition or alteration of various air toxins (including PM2. 5, dirt, pollen, smell, formaldehyde, design pollution, bacteria, allergens), properly improve air cleanliness goods, the product itself includes a visible air purifier to be able to remove formaldehyde but typically the specific function, air filter products, the effect with the removal of formaldehyde is usually to be considered, nevertheless at present, the work with of air cleaner is one involving the effective ways to be able to remove formaldehyde. 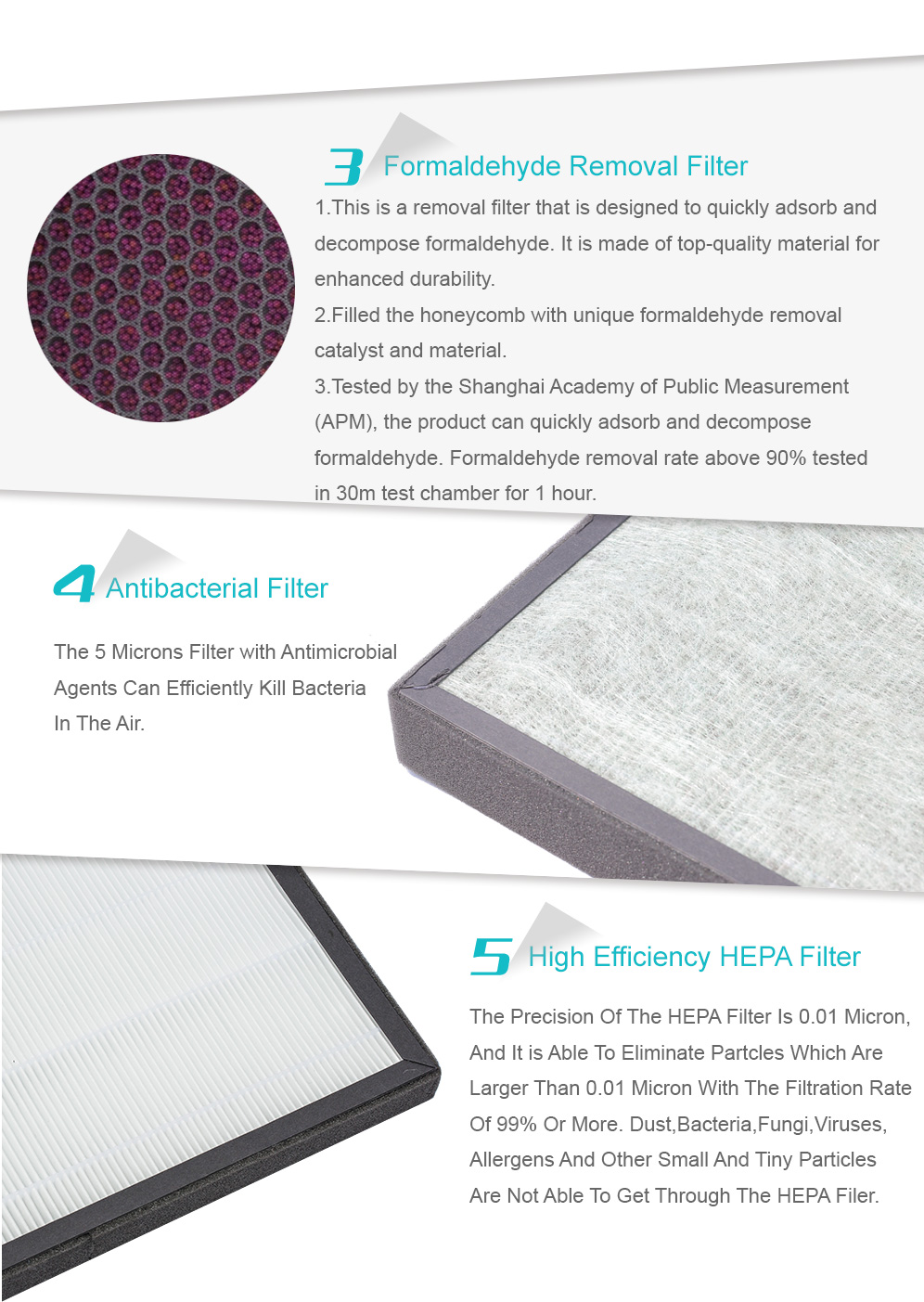 Second: nationwide quality inspection departments coming from the beginning of The fall of last year, many regarding the empty net product or service of our sampling, check results show that typically the air cleaner has functions within addition to formaldehyde, although if the HEPA filtration system is just not high level, or even the use of turned on carbon filter adsorption regarding poor products, in inclusion to formaldehyde effect will certainly be greatly reduced, and so forth experts also pointed out there that with all the removal involving formaldehyde, selected home air purifiers product or service performance, the most crucial is usually to choose the company.

SO, Olansi you are worthy of to believe it. more detail pls contact

Today,olansi has launched the new air purifier K09,and is ready for mass order. Pls see below unquire features,pls come to us for talking more.

If you want to know more about the product, pls contact on ‘

In recent years, people pay more and more attention to air quality, and hope to have a good breathing environment at home.

Not to worry, I teach you the following standard rules

1. The higher the value of CADR, the faster the purification rate will be. Of course, the value should be real tested data, not just displayed to customers.

2. The larger the value of CCM, the longer the service life of the filter screen of air purifier. In addition, the endurance of test is also graded.

Therefore, when we go to buy best home air cleaner, we can refer to the above standards. We hope that we can buy the right products to make our home more pleasant.