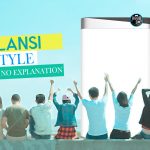 If air pollution is not improved, you may only wear a gas mask in the future to be outdoors.

Dr. Maria Neira, head of the World Health Organization’s Department of Public Health, Health and Social and Environmental Determinants, said: ‘The risk of air pollution is now much higher than our previous imagination and understanding, especially for patients with heart disease and stroke. There are very few risks now. The impact on global health exceeds air pollution. This requires us to coordinate and cooperate to clean the air we breathe.’