How to buy a car purifier? 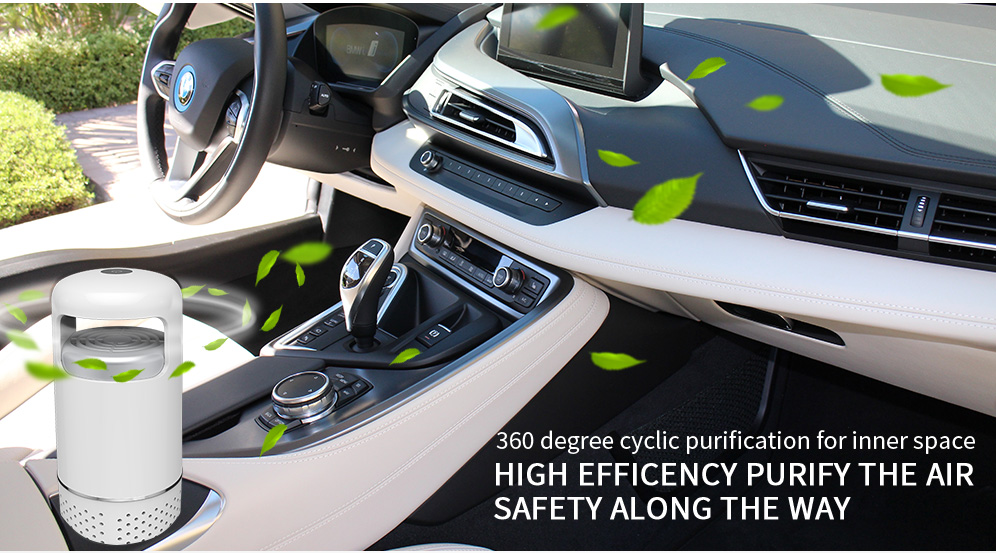 “A good car air purifier must occupy at least half a person to a person’s position in order to have the effect of purifying large amounts of air. And if it is really capable of removing formaldehyde and organic pollutants, its price will be much higher than that. It is high now.”
Larger air output is the preferred indicator.
Whether you need to buy and use a car air purifier or consider your own needs. For the car air purifier using a variety of different filters, it can bring a certain purification effect, but it is limited by many aspects such as volume and power, and its effect is relatively small in a short time, especially compared with the car air conditioner. There is a big gap in the amount of wind.
If the car air conditioning filter has a more general purifying effect, the top 10 car air purifier with better filtering effect and using various methods such as HEPA or activated carbon can really play the role of purifying suspended particles in the car. At the time of purchase, the products with large air output should be selected according to the actual space in the car. The car air purifier with a larger amount of air throughput can make the air in the car form a cycle in a shorter time. Achieve enhanced purification.
The chemical harmful substances in the car are not static when the doors and windows are closed. Since a large amount of adhesive is used in the manufacture of automobiles, harmful substances such as formaldehyde are inevitably present to varying degrees, and the release rate of chemically harmful substances in the interior of the vehicle changes with temperature, especially at a high temperature in summer. It may be higher than the purifying speed of the purifier. Therefore, the purchase of products with a large amount of air output is more effective in purifying harmful substances such as formaldehyde and benzene.
A top 10 car air purifier works:
The air is removed or absorbed by the filter, and then the air is continuously ionized by the negative ion generator installed at the air outlet to form a negative ion airflow for cleaning and purifying purposes. At present, there are mainly filter types and electrostatic dust collection types. Species
The vehicle air purifier is usually composed of a high voltage generating circuit negative ion generator, a micro fan, an air filter, etc. The working principle is that the micro fan in the machine circulates the air inside the vehicle, and the polluted air passes through the air filter inside the machine. Various pollutants will be removed or adsorbed, and then the negative ion generator installed in the air outlet will continuously ionize the air to generate negative ions, which are sent out by the micro fan to form a negative ion airflow, so as to clean and purify the air.
There are currently four types of commercially available car air purifiers:
◆Filter type
The purifier can effectively purify harmful substances such as dust, formaldehyde, benzene, and bacteria in the car, but the filter-type car air purifier only purifies the passively inhaled air. Due to the limitation of power, there is generally not enough fan power. The air in the car cannot be completely inhaled and purified, so the purification ability is limited and the purification effect is limited.
◆Electrostatic dust collection
This type of purifier needs to work with other equipment to achieve efficient purification, because it can not completely absorb and eliminate odor, and can not completely decompose toxic chemical gas, its purification effect, and purification efficiency will decrease with the accumulation of suspended particles. The dust collecting plate needs to be cleaned frequently to restore its effect and efficiency, so the maintenance cost is high.
◆Ozone type
The working principle is to use the generated ozone to purify the air inside the vehicle to achieve the effect of improving the air quality inside the vehicle. Although ozone has certain removal effects on amines, nicotine, bacteria, etc., when using this type of vehicle air purifier, pay attention to the concentration of ozone in the compartment. If the concentration of ozone is too high, secondary pollution will occur, which will cause human health. harm.
◆ Plasma ion group
This type of purifier mainly uses a plasma ionization generator to release a net ion group to remove formaldehyde, benzene, bacteria, odors, and allergens.
Contact us for more products and discounted prices
Helen:
+86 13922346046
info@olansiglobal.com
https://www.olansiglobal.com
Posted in Air Purifier News and tagged car air purifier, Olansi car purifier, top 10 car air purifier.