The air purifier industry is still in a period of adjustment. 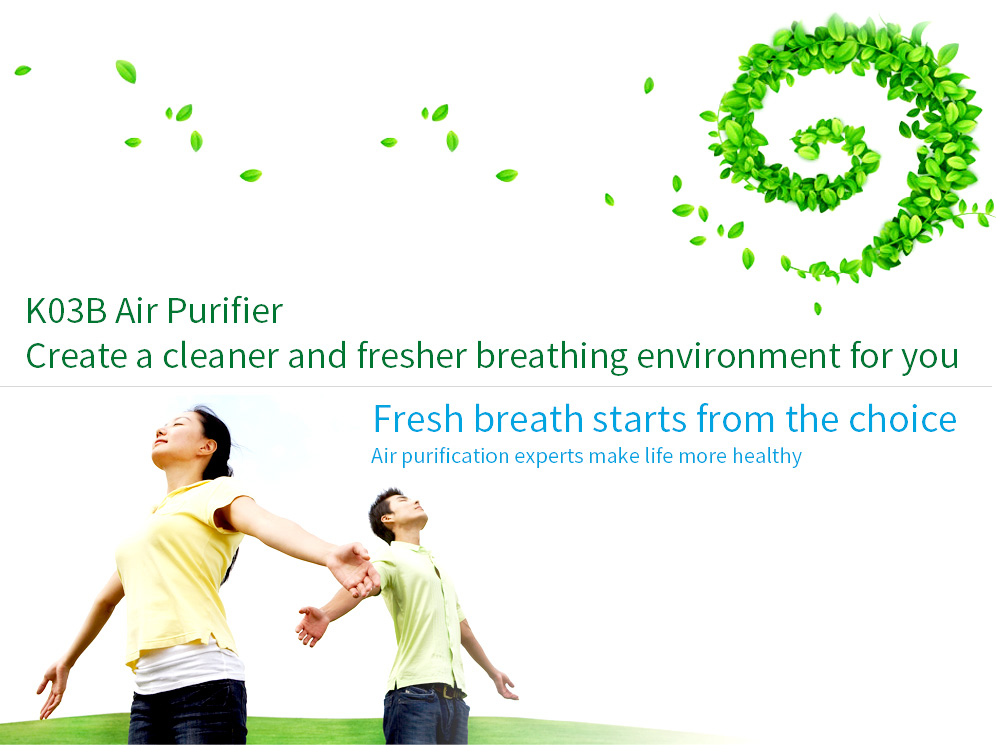 In 2018, due to the overall tightening of China’s macro environment and real estate adjustment, the overall growth of China’s home appliance market was under pressure. Relatively speaking, the performance of the health appliance industry was acceptable, but the purifier was absent. The brutal growth of the air purifier market stems from the fact that five or six years ago, the purifier market has grown from smoggy weather since it became a “pig of pigs”. In order to fight against smog, people have purchased air purifiers to ensure the air quality inside the house.

At the same time, since the issuance of the “Air Pollution Prevention and Control Action Plan” in 2013, 31 provinces (autonomous regions and municipalities) across the country have continuously increased the prevention and control of air pollution, deepened urban pollution control, and effectively improved China’s air quality. In 2017, the average concentration of inhalable particulate matter in prefecture-level and above cities decreased by 22.7% compared with 2013; in 2018, the number of excellent air days in Beijing was 227 days, an increase of 51 days compared with 2013.

China’s emphasis on environmental and ecological management has gradually increased, law enforcement efforts and the areas involved have been continuously improved, and the market for the purifiers has fallen. According to the total data released by Avi Cloud (AVC), the air purifier market contracted sharply in 2018, and it fell sharply year-on-year. In 2018, the total retail sales of air purifiers reached 11.67 billion yuan, down 28.0% year-on-year, of which online retail sales accounted for 43.0%. In 2018, the retail volume of air purifiers was 5.291 million units, down 27.0% year-on-year, and online retail sales accounted for 61.2%. Although in the fourth quarter of 2018, due to repeated weather and smog weather, the market has seen a slight rebound, but the overall market decline is difficult to change.

According to the total data released by Avi Cloud (AVC), the size of the purifier under the first quarter of 2019 was 1.19 billion yuan, down 29.8% year-on-year. From the perspective of market growth, the signs of recovery in the offline market are not obvious, and the purifier is still in Low adjustment period. However, from the current situation of the main sales models of the industry, the proportion of high-end purifiers has gradually increased, while the proportion of sales of high-efficiency formaldehyde-removing products has increased. The online market size of the purifier was 1.15 billion yuan, a year-on-year growth rate of -8.2%. The online industry’s decline further slowed down. In March, the market was affected by industry promotion, and the year-on-year growth was slightly increased. From the point of view of the sales structure, the current downward adjustment of the average price of purifiers has been relatively small. At present, some high-end formaldehyde-removing products are gradually on the list.

The analysis of professionals is mainly due to the further deepening of the national ecological environment strategy. The guiding ideology is to focus on the Beijing-Tianjin-Wing and surrounding areas, the Yangtze River Delta region, and the Yan Plains, and continue to carry out air pollution prevention and control actions, and resolutely win the blue sky defense battle. To achieve environmental benefits, economic benefits and social benefits.

As early as in the “haze and smog” period, companies that saw the momentum of “smog economy” have entered the air purifier market, resulting in a mixed market of air purifiers, and the market is full of counterfeit and shoddy products.

Nowadays, the chaos of the air purifier market still exists. In the results of many random inspections by the relevant quality inspection departments, the unqualified products include not only unknown brands but also the names of well-known brands at home and abroad.

For example, a foreign brand frequently stepped on thunder in the quality inspection of relevant departments. After investigation, it was found that the main body of its air purifier products was more complicated. People in the home appliance industry commented that the foundry production model with multiple production entities can help companies reduce production costs and move forward and backward. However, this model also allows the company to hang a sword of Damocles. “There are hidden dangers such as difficulty in controlling product quality and difficulty in management.”

Well-known brands are not trustworthy, consumers’ confidence in the air purifier market has declined, and on the other hand, the improvement in air quality is the main reason for the decline in the net market.

In the past two years, the number of air purifier manufacturers has gradually decreased. According to public data, in 2016, there were 699 online air purifier brands and 117 offline brands. As of October 2018, the number of online brands decreased to 427, and the number of offline brands decreased to 103. A total of 286 companies were reduced, and at least 35% of the brands have withdrawn from the competition in the air purifier market. According to statistics from Avi Cloud (AVC), the number of total brands in 2018 has dropped from 263 to 114, of which 261 are online and 110 are entered. 46 are offline and 23 are entered. It is mainly divided into three situations: de-stocking companies, barely maintaining enterprises and seeking transformational enterprises. Brands with poor strength were washed out in large numbers.

When air purifier products are linked to smog, the nature of consumer purchases is mostly panic buying, so that enterprises will fall into the dilemma of eating by the sky. However, if we expand the market segment and create diversified functions, it is expected that the net enterprise will get rid of the path of relying on the heavens.

It is observed that there is still much room for improvement between the purifiers on the market and consumer demand. From the survey data of consumers, consumers have a strong demand for environmental monitoring. In addition to PM2.5, sterilization, and formaldehyde removal, it is still a consumer’s concern. At present, the purifier has become a standard in addition to PM2.5. However, in addition to formaldehyde, sterilization and other capabilities need to be improved.

Pursuing high-quality focused products, positioning a good brand image, and making air purifier products fine and fine, then the development of China’s air purifier market will also be freed from a single saturated model and gradually transformed into a mature multi-element. In order to achieve the industry’s “returning temperature”.