Use habits to determine the effect of the air purifier 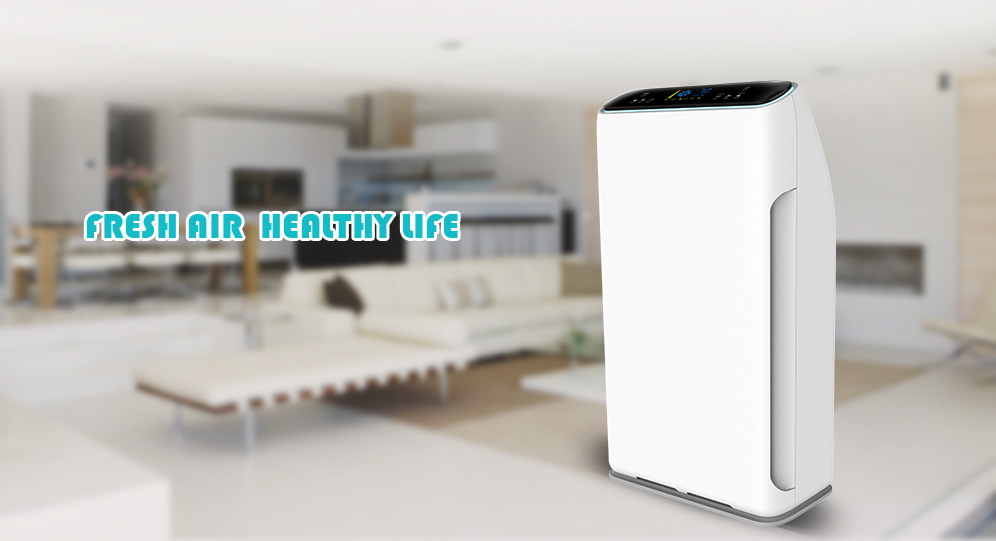 With the continuous deterioration of domestic air quality, air purifiers are increasingly becoming inseparable products in people’s daily lives. However, while people are keen to buy and use purifiers, the variety of purifier products on the market has claimed to be effective.
At present, various agencies and media in society have different evaluations of purifiers. Some have proposed that purifiers of less than 2,000 yuan have basically no effect, and some have proposed that the effect of purifiers of 600 yuan may exceed thousands of dollars. Recently, some people even proposed self-made. The purifiers are better than the purifiers that sell at a high price in the mall. For a time, people who are planning to buy purifiers are at a loss.
In fact, people often ask, “Which kind of purifier is good,” I am afraid there is no answer at the moment. Just as the cause of air pollution is quite complicated, it is almost impossible to restore the air through a piece of equipment.
The indoor air is very complicated. The purifier is not versatile.
Many consumers are concerned about whether the product can remove PM2.5 when purchasing an air purifier, but the indoor air composition is very complicated. Zhang Pengyi, a professor of environmental science at Tsinghua University, said in an interview with the media that in large rooms, especially large living rooms, in addition to commonly known solid particles such as PM2.5, volatile organic pollutants such as formaldehyde, benzene, and bacteria are also included. The virus and the oil smoke pollution we can’t think of, so simply filtering PM2.5 may not be able to say that the air in the home is very healthy. If you have just renovated your home or added new furniture for a few years, you may want to consider whether you need to remove formaldehyde when purchasing a purifier. If you often cook at home and the fumes are large, the purifier may also have to consider the problem of removing the fumes. Since people often use the purifier to close the doors and windows, this actually blocks the outward diffusion of other indoor polluting gases, so the more you use the purifier, the more attention should be paid to other pollution.
The national standard of the product only determines the “bottom line” of the purifier.
In September 2015, China announced the new national standard for air purifiers. Compared with the 2008 version of the standard, the newly revised national standard for air purifiers clearly emphasizes the clean air volume (CADR) and cumulative purification (CCM) indicators. The amount of clean air is the CADR value, which is used to measure the purifying capacity of the air purifier. The cumulative purifying amount refers to the total amount of pollutants removed during the working process of the air purifier, and the amount of clean air is reduced to half of the initial value. The life angle measures the performance of the air purifier.
It is understood that because different purifiers work differently, some filter the particulate matter through air filtration, and some absorb impurities by ionization adsorption. However, due to the complex causes of haze and the complex composition of indoor air, which method is used? It’s not healthy to say it. Therefore, the national standard of the purifier is only measured for certain aspects of the purifier and should be regarded as the bottom line of the purifier product.
It should be noted that people have different habits of purifiers, some are open 24 hours a day, some are used at some time, and some are opened when the air is not good. In fact, different ways of using also determine the different use effects, and even the difference in the effect of different ways of use may exceed the difference caused by different product purification principles.
Purification ability is also related to the way of use
Many people pay the most attention to the purification ability when purchasing a purifier. In fact, some non-core indicators of the purifier also determine the final use effect. For example, the noise during use is often an indicator that people don’t pay much attention to, but it actually determines whether the purifier can be used during sleep. Generally speaking, the “demand” for air quality during sleep is the biggest. It should be the most useful when the purifier is used. However, many purifiers are currently used with a loud noise, especially when the air volume is high. Many families are When sleeping, the purifier is often adjusted to “middle block” or “low block”. But in fact, the air volume of the purifier determines its ability to change the air, that is, whether it can effectively purify the air in the entire room. If the whole house cycle cannot be achieved, the air purification effect is greatly reduced.
In addition, the size of the air purifier is suitable for its own living room, and the placement of the purifier largely determines the purification effect. The purifier works by allowing the air in the entire living room to flow and ensuring that the air in each corner can pass through the purifier. Therefore, the placement of most purifiers is exquisite. The room where the family activities are more frequent during the day has a living room, a study room, etc., so it is recommended to place the top-rated HEPA air purifier in these rooms during the day to protect the family. In the evening, the family will spend the night in the bedroom. At this time, we recommend placing the air purifier in the bedroom to protect the family from harmful gases at night.
Contact us for more products and discounted prices
Helen:
+86 13922346046
info@olansiglobal.com
https://www.olansiglobal.com
Posted in Air Purifier News and tagged home air purifier, top 10 beat air purifier, top-rated HEPA air purifier.