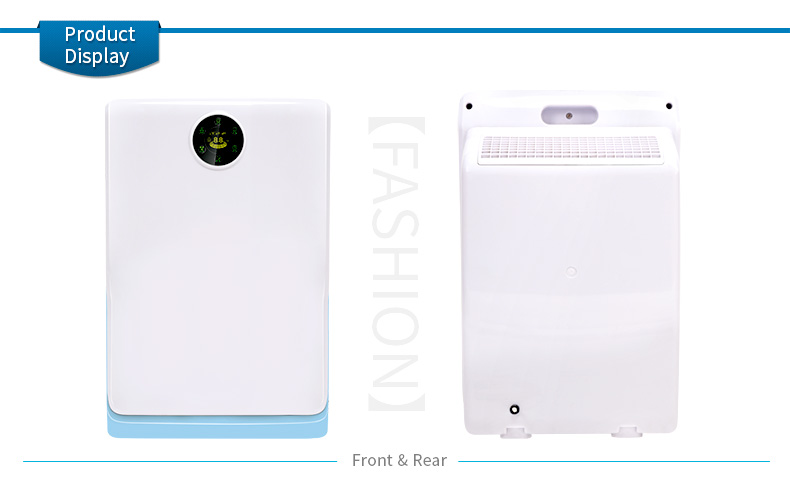 The mammoth smog weather has had a great impact on our lives. We all know that PM2.5 is an important part of smog. So what exactly is PM2.5? What is its true face?

PM2.5 is the critical value of reaching the alveoli and has an all-round effect on the human body.

PM2.5 is the critical value for reaching the alveoli. Fine particles below PM2.5, the upper respiratory tract can not stop, they can go down all the way into the bronchioles, alveoli. Our respiratory system is like the roots of plants. From top to bottom, the trachea separates the bronchi. The bronchi is divided into many dense bronchioles. The dense bronchioles are connected with dense alveoli. The number of alveoli is 3-4 million. The inhaled oxygen eventually enters the alveoli, then enters the capillaries through the alveolar wall and enters the entire blood circulation system.

The PM2.5 that we suck in, because it is too small, can enter the alveoli, then enter the capillaries through the alveolar wall and enter the entire blood circulation system.

PM2.5 carries many harmful organic and inorganic molecules and is the source of the disease. Bacteria are a well-known source of disease, and PM2.5 is comparable to bacteria.

PM2.5 is a fine particle with a diameter of 2.5 microns. The bacteria are micron-sized organisms. The size is 1 micron, a few micrometers, and a dozen micrometers, that is, PM2.5 and bacteria are generally the size. When the bacteria enter the blood, the macrophages in the blood (a kind of immune cells) will swallow it immediately, and it can’t make people sick. It is like a tiger eating chicken.

PM2.5 enters the bloodstream, and the macrophages in the blood think that it is phagocytic and will swallow it immediately. Macrophages swallow the bacteria, bacteria are the living body, and are the food of macrophages. However, PM2.5 is inanimate, and macrophages swallow it, like a tiger swallowing stones, unable to digest, and eventually being killed. After a large reduction in macrophages, our immunity will decline.

Not only that, but the dead macrophages also release harmful substances, leading to inflammation of cells and tissues. It can be seen that PM2.5 is more pathogenic than bacteria, and the more PM2.5 that enters the blood, the more likely we are to get sick.

2.Pathogenic microorganisms, chemical pollutants, soot and other ‘ride’ into the body to cause cancer

Some reports this year show that human reproductive capacity is declining significantly, and environmental pollution is considered the culprit. A survey from northern Bohemia conducted a study of pregnant women exposed to high concentrations of PM2.5 and found that high concentrations of fine particulate contaminants may affect fetal development. More studies have found that concentrations of atmospheric particulate matter are associated with increased preterm birth, neonatal mortality, low birth weight, intrauterine growth retardation, and congenital dysfunction.