What is the reason for buying an air purifier? 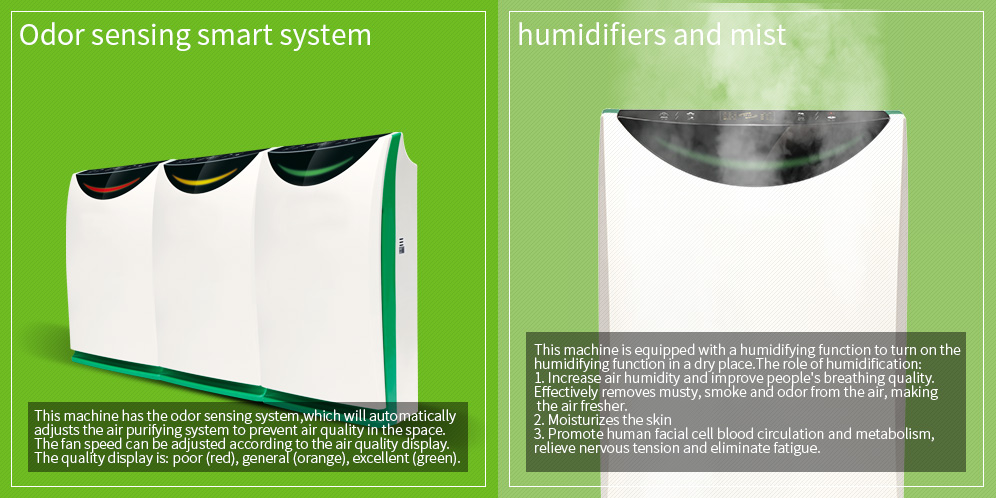 Is the air pollution in the living city serious? Maybe some people are in a region where air pollution is not so severe, and the vigilance and harmful feelings about air pollution are not so strong, but in fact, air pollution is ubiquitous, and China’s reform is nearly four. Ten years later, China’s economic development has undergone earth-shaking changes, but at the same time it has inevitably brought about environmental pollution, including air pollution, water pollution, and living pollution. In the current, polluted environment, the use of air purifiers is imminent, not only outdoor air pollution, indoor air pollution is even more important to people. So what is the reason for using an air purifier?
First, the decoration room in addition to formaldehyde
If smog is still bullied by seasons, formaldehyde is relatively fair. Rural cities are treated equally, and winter and summer are not divided. As long as you decorate the house, formaldehyde must follow suit. In this year, who did not have one or two newly renovated houses?
The harm of formaldehyde, every enterprise that makes air purifiers are backward, but on the thorough purification, not every company understands.
Friends who have studied the air purifier know that most of the filter elements for purifying formaldehyde on the market are activated by activated carbon. This method is really effective, especially in the initial stages of purification. However, with the passage of time, the adsorption of activated carbon is gradually saturated, and the continued removal of formaldehyde appears to be incapable, and even if the temperature is high, the adsorbed formaldehyde is re-released, causing secondary pollution. The best way to not be hurt by the enemy is not to shut it up, but to be completely humane. The same is true for the elimination of secondary pollution of formaldehyde.
At present, there are few purifiers capable of implementing “humane extinction” of formaldehyde in the country. The cold catalytic agent of the Oulongdes air purifier decomposes formaldehyde technology and rapidly decomposes formaldehyde into carbon dioxide and water which are harmless to the human body under normal temperature and pressure. No secondary pollution.
Second, the outdoor atmospheric environment
As early as 2008, China’s Ministry of Environmental Protection announced that in the 519 cities in China that reported air quality data, only 21 cities reached the first level, accounting for only 4% of the total.
Third, to ensure healthy breathing
Two-thirds of a person’s life is spent indoors, and according to the survey, the indoor air pollution rate is 5-10 times that of outdoor, chemical pollutants such as second-hand smoke, formaldehyde, and helium contained in the room. , benzene series, ozone, and odor, indoor sanitary products may produce carbon dioxide, carbon tetrachloride, diphenyl, toluene, xylene and other toxic substances, which are very important to the human body. Long-term exposure to indoor air pollution can easily lead to various diseases such as respiratory diseases, lung cancer, and atherosclerosis.
The above three reasons tell you that it is not acceptable to not use an air purifier. The multi-layer filtration system of the air purifier can filter, adsorb and decompose the indoor air pollutant layer to achieve cleanliness of more than 99.97%.
Contact us for more products and discounted prices
Helen:
+86 13922346046
info@olansiglobal.com
https://www.olansiglobal.com
Posted in Air Purifier News and tagged home air purifier, top rated air purifiers for home, top-rated HEPA air purifier.