What is the role of the car air purifier? 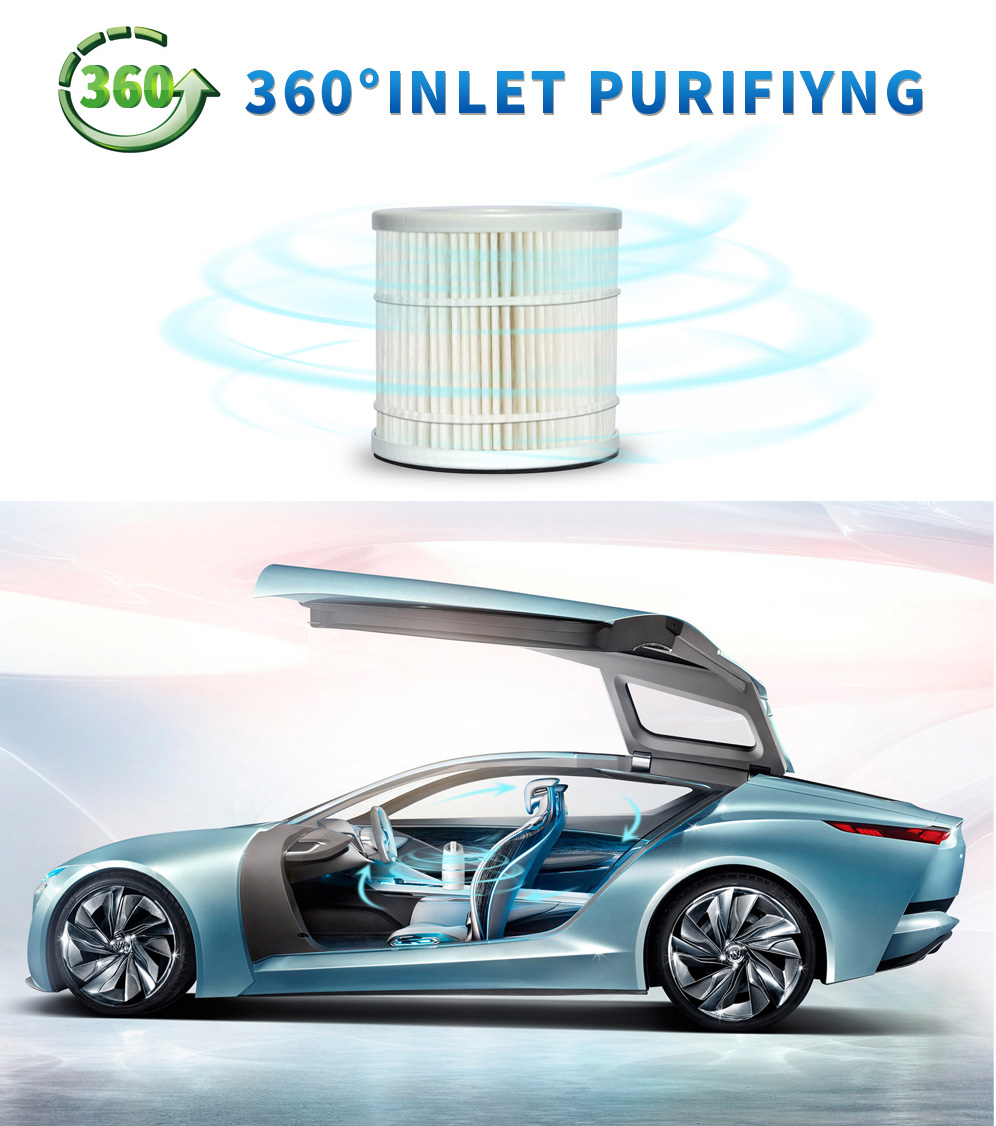 The harm of air pollution to the body and mind, needless to say, that everyone is also well aware. What’s more, in the relatively small, enclosed interior of the car, if the air quality is not good, the harm to the occupants, especially the elderly, children and pregnant women, will be even greater. Therefore, in the case that many automobile products do not formally screen and kill PM2.5, chemical pollutants and odor inside the vehicle, many car owners start to purchase and use the top 10 car air purifier by themselves. I hope to create a healthy and clean interior environment
The main principle of the top 10 car air purifier using negative ion technology is to use the electrostatic discharge to release negative ions and to absorb dust in the concentrated air, thereby reducing dust. At the same time, negative ions also ionize into oxygen in the air, which has a certain killing effect on bacteria. The advantage of this kind of product is that the production cost of the product is low. The disadvantage is that the effect of removing particulate matter is not obvious, and it does not work for chemical pollutants such as formaldehyde, benzene, toluene and volatile organic compounds commonly found in vehicles.
The working principle of the low-temperature plasma air purifier is that the gas is broken down by applying a voltage to the discharge voltage of the gas, and various low-oxidation low-temperature plasmas are generated, which can suspend the suspended particles and decompose the organic gas and smile. microorganism. It should be noted that such a purifier also has no effect on chemical pollutants, and the chemical reaction generated when the purifier works will cause secondary pollution, and if there are no corresponding treatment means, it will become a pollution source of the air inside the vehicle.
Photocatalyst technology is a free radical that emits strong oxidizing power under the irradiation of light and has a good effect on microorganisms and organic gases. The disadvantage is that the free radicals stay in the air for a short period of time, and the killing effect on viruses and bacteria is limited.
Therefore, Fu Shiwei’s air purifier uses 4 heavy filtration + ultimate decomposition to make air purification more thorough. The pre-treatment pre-filter quickly blocks large particles such as hair, dander, and dust. The imported HERA high-efficiency filter removes up to 98% of 0.3-2.5 micron particles, effectively blocking harmful substances such as PM2.5, allergens, and bacteria. The high-performance and powerful activated carbon net quickly adsorbs and decomposes toxic and harmful pollutants such as formaldehyde, ammonia and hydrogen sulfide in the air. Remove odors.
Contact us for more products and discounted prices
Helen:
+86 13922346046
info@olansiglobal.com
https://www.olansiglobal.com
Posted in Air Purifier News and tagged home air purifier, top rated air purifiers for home, top-rated HEPA air purifier.