What time period and what season is the highest concentration of PM2.5? 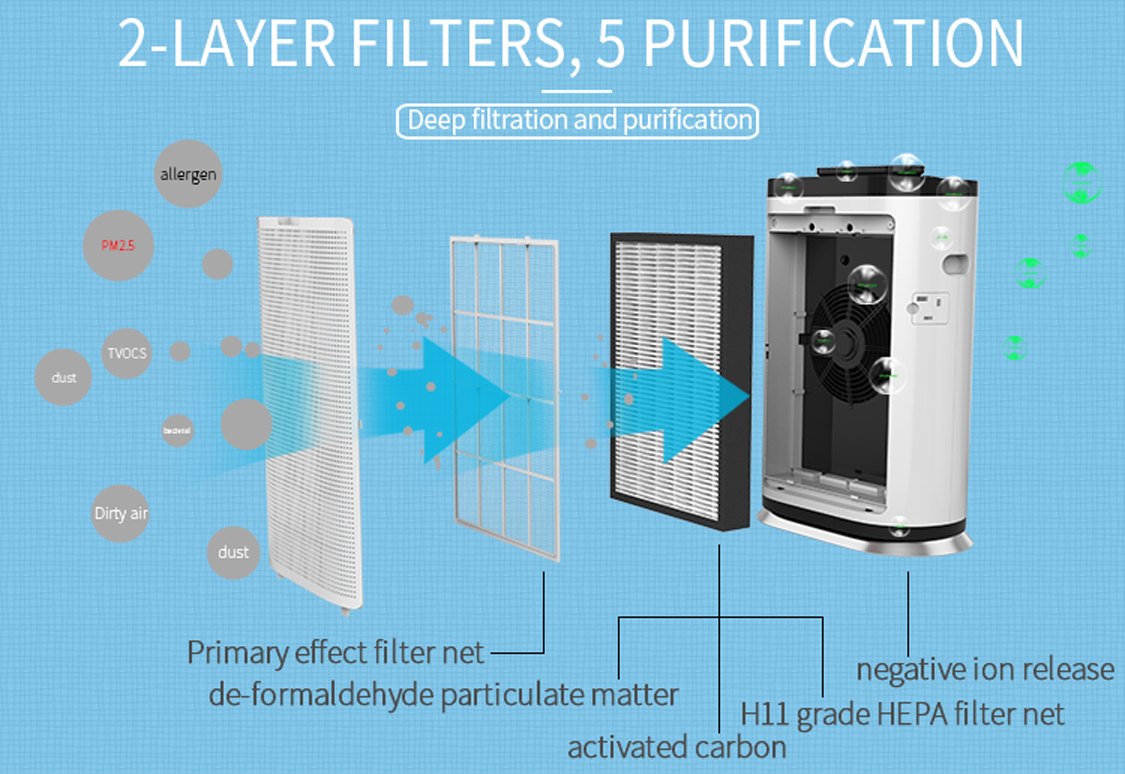 The PM2.5 concentration level is affected by pollution source discharge and meteorological conditions, and there are obvious seasonal and time-course changes. The overall trend is generally high in autumn and winter, low in summer, high in morning and evening, and low in the afternoon.

The PM2.5 concentration level is affected by pollution source discharge and meteorological conditions, and there are obvious seasonal and time-course changes. Although the north and south are different in terms of humidity, temperature and seasonal variation, there will be differences in specific values, but the overall trend is roughly the same, showing high in autumn and winter, low in summer, high in morning and evening, and low in afternoon.

What time period is the highest density in a day?

In addition to the special weather, the PM2.5 concentration in the morning and evening is generally high, and the lowest in the afternoon. Generally speaking, every day from 8:00 to 10:00, from 6:00 to 8:00 in the afternoon, this is the peak of daily commute, and the amount of exhaust emissions from cars is large, which is the PM2.5 value in the air during these two periods. One of the highest reasons.

In addition, it depends on the weather and diffusion conditions of the day. Inversion is key in it. What is inversion? Under normal circumstances, the temperature decreases with the elevation, the lower air is hotter, the upper air is colder, the cold air sinks heavily, and the hot air floats up, forming convection. However, at certain times, such as autumn and winter nights, because the ground temperature drops sharply, the temperature of the lower atmosphere close to the ground is very low, and the upper air is not cooled as fast, but the temperature is higher than the lower layer, and the phenomenon of ‘reversal of temperature’ occurs. Once the inversion layer of the cold and hot is formed, the air cannot convect up and down, and the pollutants are difficult to diffuse.

Inversion temperatures generally occur at night and in the morning. As the sun rises, the ground temperature gradually rises, the inversion layer is broken, the pollutants begin to spread, and the night begins after the night. Therefore, the concentration of particulate matter in the middle of the night near the ground layer is generally higher than that in the first half of the night. Between 21:00 and 23:00, it is also affected by the warming layer, which is also a period of high concentration. And the low value of PM2.5 in the day often appears in the afternoon, because the temperature condition at this time is not easy to form the inversion layer.

What is the highest concentration in the season?

Some experts from the Chinese Academy of Meteorological Sciences and the China Meteorological Administration have analyzed the composition characteristics and source of PM2.5 in Beijing. The results show that the concentration of PM2.5 is affected by different seasonal pollution sources such as emissions, precipitation, wind speed and other atmospheric diffusion conditions. High in winter and low in summer. The highest monthly concentration appeared in November, December and January in the autumn and winter, and the low values ​​appeared in July and August in summer.

What weather has the biggest impact?

Haze weather, autumn rainy days. Peng Yingdeng, director of the Institute of Atmospheric Research at the Beijing Municipal Academy of Environmental Sciences, said that gaseous pollutants such as dioxide and nitrogen oxides in the air are easily converted into secondary particles under specific meteorological conditions such as haze and sky, resulting in PM2.5. increase. Compared with the heavy rain in summer, the rain in autumn is much shorter, the wind speed and wind are smaller, and the effect of airborne pollutants is not obvious, which can only increase the humidity of the air. The damp air ‘puts on’ a layer of  ‘water jacket’ for suspended pollutants, which is more likely to cause accumulation of pollutants. In addition, when it rains or rains or snow, the air quality can not be improved immediately; the windless weather without wind and rain will also cause more serious pollution caused by cold air.