Why do you say that there is no fog in summer, but you still have to open an air purifier? 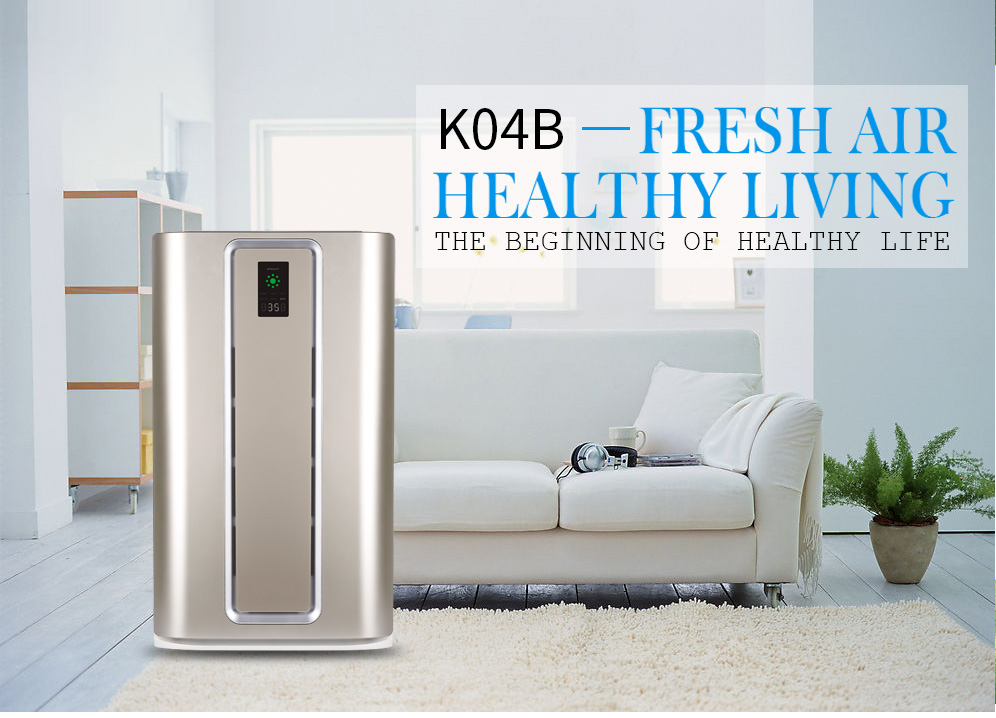 As soon as summer arrived, the foggy days in Beijing were significantly less, especially during the “Belt and Road” summit. Many people turned off their own air purifiers and enjoyed the blue sky. However, what most people don’t know is that behind this kind of enjoyment, there is still a hidden risk. There are still shocking air pollution under the blue sky, but the pollution does not exist outside but exists indoors.

There is a fog in winter and TVOC in summer.

Today, everyone knows to guard against smog in the winter but ignores the “TVOC” in the summer. The so-called “TVOC” is the abbreviation of Total Volatile Organic Compounds, which refers to indoor organic gaseous substances, also known as total volatile organic compounds, including carbon monoxide, carbon dioxide, carbonic acid, metal carbides and other toxic and harmful gases in the air.

There are many sources of pollution indoors, and whether it is summer or winter, it is equally polluted, especially in summer.

The release of indoor pollution such as formaldehyde is greatly affected by temperature, and the indoor and outdoor temperatures are high in summer, so it is easy to cause indoor pollutant concentration to exceed the standard. For every 1 °C rise in room temperature, formaldehyde volatilized from wooden furniture and flooring will increase the concentration of formaldehyde in the air by 0.15 to 0.37 times. Therefore, the volatilization of paints such as benzene and ammonia is more serious in summer than in winter, and radioactive cesium is often contained in household tiles. This serious carcinogenic gas also spreads with increasing temperature.

In addition, there are more air conditioners in summer, indoor ventilation is not ventilated, and indoor pollutants remaining in the decoration gather. Many household air conditioners do not clean and cause secondary pollution. The bacteria and microorganisms are gradually deposited, and cold air with harmful substances is added. After the respiratory tract, not only will people feel dry mouth and mouth, there will be mild cold symptoms, and in severe cases, it will cause various respiratory diseases, which is what we often call “air conditioning disease.”

The World Health Organization has listed indoor air pollution as a top 10 threat to human health, including hypertension, hypercholesterolemia, and obesity. The main culprit of respiratory diseases and intestinal infections and even leukemia, which are predisposed to infants and young children, are also closely related to indoor air pollution.

At present, indoor air pollution has not caused much attention in China, but I believe that with the further popularization of the media, the concept of TVOC in the future will be as popular as the smog.

How to prevent indoor air pollution in summer? Especially after the renovation, many families will adopt some soil methods other than formaldehyde in order to prevent the concentration of formaldehyde and radioactive cesium from being too high, but these remedies do not necessarily work.

1, window ventilation, only the standard is not cured

The most common method is to open the doors and windows for long periods of time. Many Chinese families generally open a new home window after the renovation, and then stay in the air for several months to six months. But we all know that formaldehyde has a certain volatility, and the rate of volatilization has a great relationship with the temperature and humidity of the environment. The higher the temperature, the higher the humidity, the greater the volatilization speed. Therefore, formaldehyde can be removed to some extent by ventilation, but this method can only relieve the effect.

However, formaldehyde exists in three states: free state, adsorbed state, and combined state. According to a report in the China Daily in 2016, only formaldehyde in the free state can be eliminated by ventilation, and it can be eliminated more than 4 times the normal wind speed. In addition, the concentration of formaldehyde in indoor air is related to many factors, such as indoor temperature, indoor relative humidity, indoor ventilation, etc., which will increase the intensity of formaldehyde emission under high temperature and high humidity conditions.

Studies at Yokohama National University in Japan have shown that the release period of indoor formaldehyde is generally 3-15 years, and it is impossible to remove indoor formaldehyde after ventilation after renovation. However, in the later life, the radioactive cesium in formaldehyde and ceramic tiles in wooden furniture will continue to volatilize. These volatiles are not completely eliminated after ventilation, but are accompanied by long-term residence.

In other words, these five measures do not have much effect on eliminating decoration pollution. The core reason is that formaldehyde is continuously emitted, and passive absorption is very inefficient. The most typical is the plant, which has a very limited breathing capacity, usually in the microgram (one millionth of a gram) level, which is almost negligible.

In consideration of the ineffectiveness of these methods, some families have tried to adopt the “environmental building materials” promoted on the market. However, in fact, environmentally-friendly decorative materials only refer to the release of harmful substances within the state and does not mean that there is no formaldehyde release.

More contradictory is that the national GB18584-2001 “Limited Quantity of Hazardous Substances in Wood Furniture for Interior Decoration Materials” requires that the amount of formaldehyde released should be ≤1.5mg/L to meet the standard. Since the implementation of the standard for many years, after the development of the industry and the promotion of the merchants, many consumers have already known that the E1 standard is “≤1.5mg/L”, which has become the “minimum standard” for the emission limit of many finished products such as wooden doors. .

But the drawback of this standard is that if the furniture uses this material, the larger the volume, the more formaldehyde is released. Therefore, the more indoor furniture under the domestic environmental protection standards, the excessive release of formaldehyde content is likely to exceed the standard. That is to say, even if every piece of furniture and every building material is environmentally friendly, the amount used in a house may cause excessive pollution in the room. To achieve true health, you must have a higher standard than the standard.

After learning a series of “unreliable” methods of removing formaldehyde, everyone must have doubts. Is there really no good way to deal with formaldehyde? In fact, at present, it is relatively recognized internationally that a relatively effective means is to carry out formaldehyde adsorption in the environment through the high adsorption of activated carbon. Different from the large pore size design of bamboo charcoal material, the pore diameter inside the activated carbon is relatively small, and it can effectively filter and adsorb formaldehyde gas molecules, and can achieve good results.

The activated carbon was industrially designed to enter the home scene, and an household air purifier product with formaldehyde removal function came into being. However, some purifier filters cannot decompose formaldehyde to represent gaseous air pollutants. To effectively purify the pollution, it is necessary to use a purifier equipped with an activated carbon filter.

In fact, in developed countries in Europe and America, air purifiers have become an essential electrical appliance at home, just like refrigerator color TV washing machines. Part of the reason why people in developed countries with relatively good environments still consume air purifiers is medical reasons. On the one hand, respiratory diseases such as asthma will cause some people to have higher air quality requirements, and on the other hand, they have special requirements for the quality of the air environment. Air purifiers play an important role in daily households in Europe and the United States. The root cause is that European and American residents have a relatively high awareness of indoor air pollution.