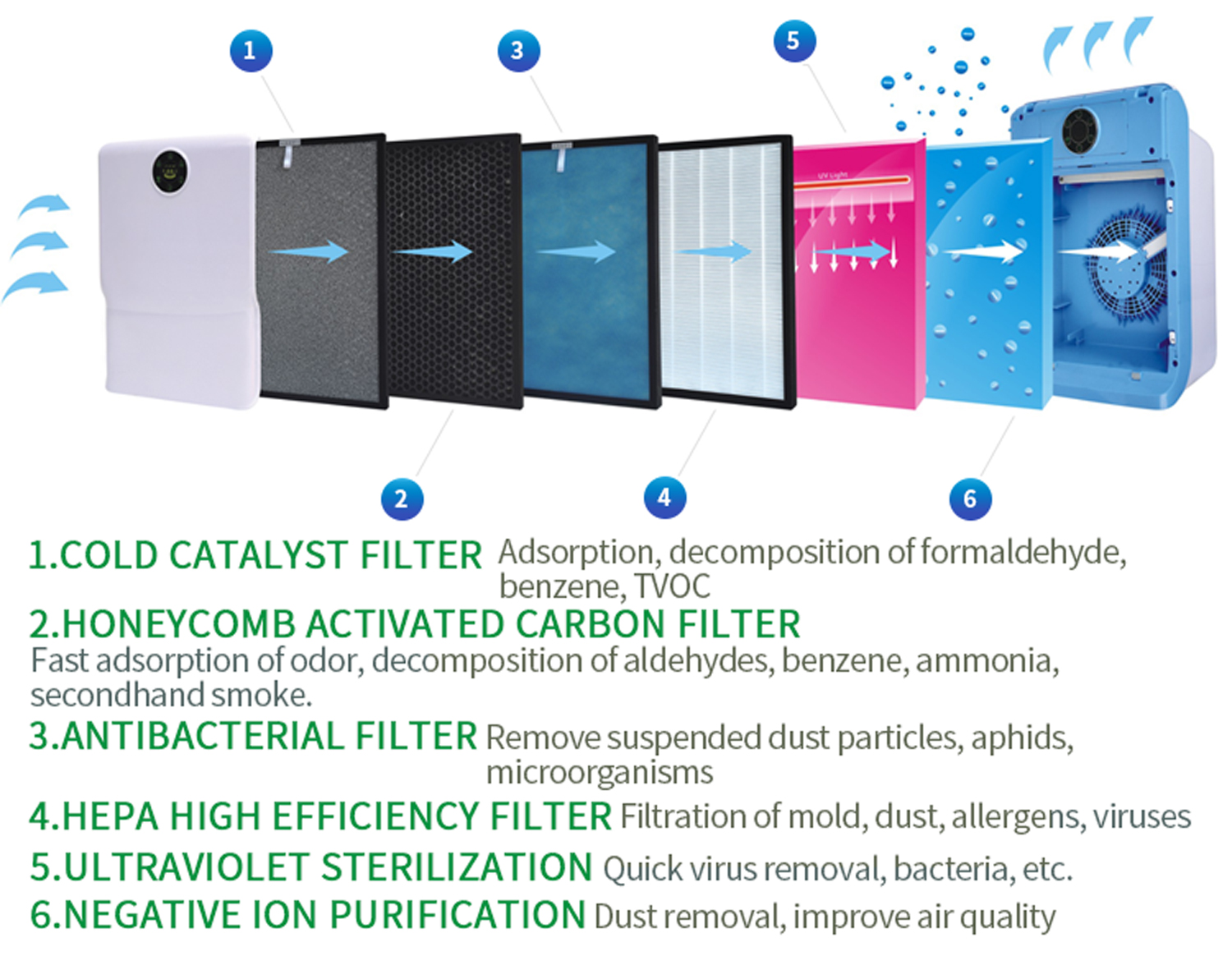 Since the 20th century, the material and cultural living standards of the people have been greatly improved with the acceleration of economic development, and the quality of life and health have become a major concern. According to some surveys, modern people spend an average of 80% – 90% of their time indoors, especially old, weak, sick, disabled, young, pregnant, etc., which are longer in indoor activities. The quality of indoor air is directly related to the human body. health. However, a large number of survey data at home and abroad have confirmed such a disturbing fact: the indoor air pollution level is 5-10 times higher than the outdoor, the indoor pollutant concentration is 2-5 times higher than the outdoor, and the indoor air pollution is more than the air pollution. To be serious, domestic and foreign experts have proved that following the ‘smoke type’ and ‘photochemical smog type’ pollution, modern people are entering the third pollution period marked by ‘indoor air pollution’. At present, the number of excess deaths caused by indoor air pollution in China has reached 1.11 million, and the number of emergency evacuations has reached 4.3 million. The number of people worldwide who die each year is 2.8 million. In recent years, indoor air pollution has received widespread attention.

The indoor environment is a relatively closed space, and one of the characteristics of its pollution formation is cumulative. From the entry of pollutants into the room, the concentration increases, and the concentration is discharged to the outside.Gradually zero, most of them take a long time. Various items in the room, including building decoration materials, furniture, carpets, etc. may release certain chemicals.They will gradually accumulate indoors, causing the concentration of pollutants to increase, forming a body hazard.

The indoor environment is the most frequent and intimate environment for people to contact. More than 80% of people spend their time indoors, even if the concentration of very low pollutants, after long-term effects on the human body,also affects human health.