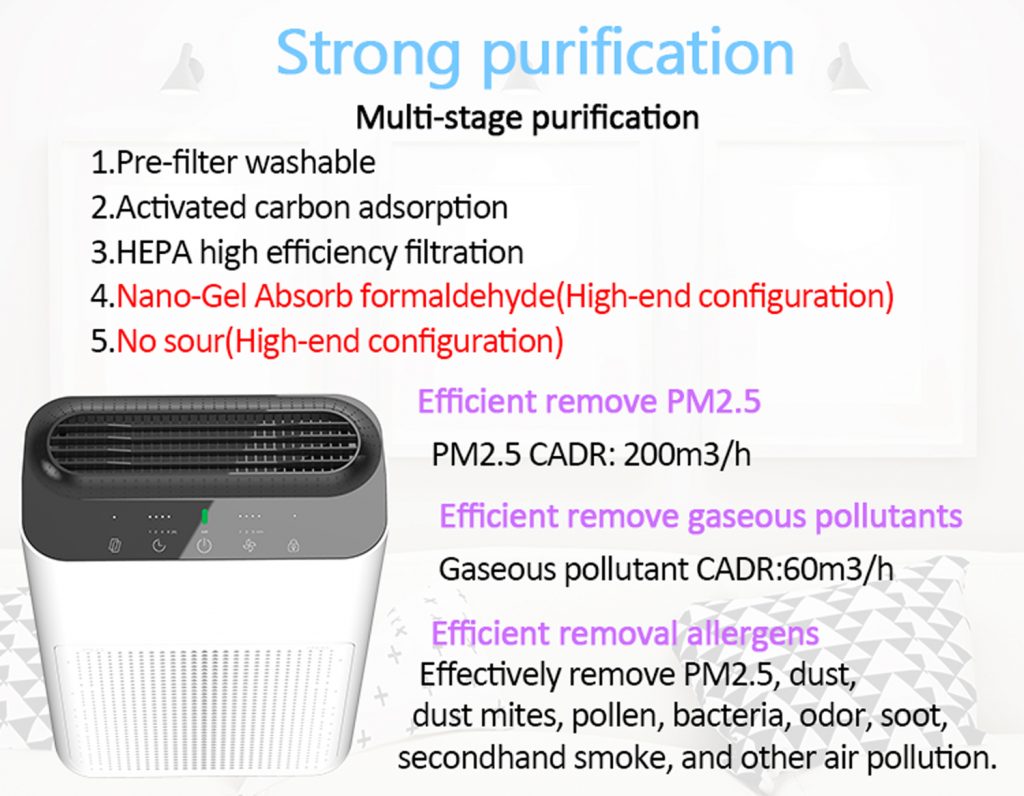 Although fine particles are only a small fraction of the Earth’s atmospheric components, they have important effects on air quality and visibility. Compared with coarser atmospheric particles, fine particles have a small particle size, are rich in toxic and harmful substances, have a long residence time in the atmosphere, and have a long transport distance, thus having a greater impact on human health and the quality of the atmospheric environment. Studies have shown that the smaller the particles, the greater the harm to human health. Fine particles can drift farther away, so the range of influence is larger.
Fine particulate matter is more harmful to human health because the smaller the diameter, the deeper the area into the respiratory tract. Particles of 10 μm diameter are usually deposited in the upper respiratory tract, and below 2 μm can penetrate deep into the bronchioles and alveoli. After the fine particles enter the human body to the alveoli, it directly affects the ventilation function of the lungs, making the body easily in anoxic state.

About 2.1 million people die every year from the increase in particulate matter such as PM2.5
It is reported that the 2012 Global Environment Outlook 5 published by the United Nations Environment Program pointed out that 700,000 people die each year from respiratory diseases caused by ozone, and nearly 2 million premature deaths are related to particulate pollution. The Proceedings of the National Academy of Sciences (PNAS) also published a research report saying that the average life expectancy of humans has been shortened by five and a half years because of air pollution.

London poison fog incident
The toxic fog on December 5, 1952 was one of the most painful moments in London’s history. The poisonous fog caused at least 4,000 deaths. Countless Londoners had difficulty breathing, traffic was rampant for many days, and millions of people were affected.

World Health Organization first identified PM2.5 carcinogenic
On October 17, 2013, the World Health Organization’s International Agency for Research on Cancer issued a report that first identified air pollution as a cause of cancer in humans and regarded it as a universal and major environmental carcinogen. However, although air pollution has been proposed as a holistic carcinogen, its damage to the human body may be the result of the simultaneous action of several major contaminants it contains.

Impact climate
It is generally believed that PM2.5 is only air pollution. In fact, the impact of PM2.5 on the overall climate may be even worse. PM2.5 can affect cloud formation and rainfall processes, indirectly affecting climate change. In addition to salt in seawater, fine particulate matter PM2.5 is also an important source of condensation in the atmosphere. Under some conditions, there are too many PM2.5s, which may “divide” water, so that the clouds in the sky will grow little, and the blue sky and white clouds will become less than before. Under some conditions, PM2.5 will increase the condensation of condensed nodules. The number of raindrops in the sky increases, and extreme rains may occur.