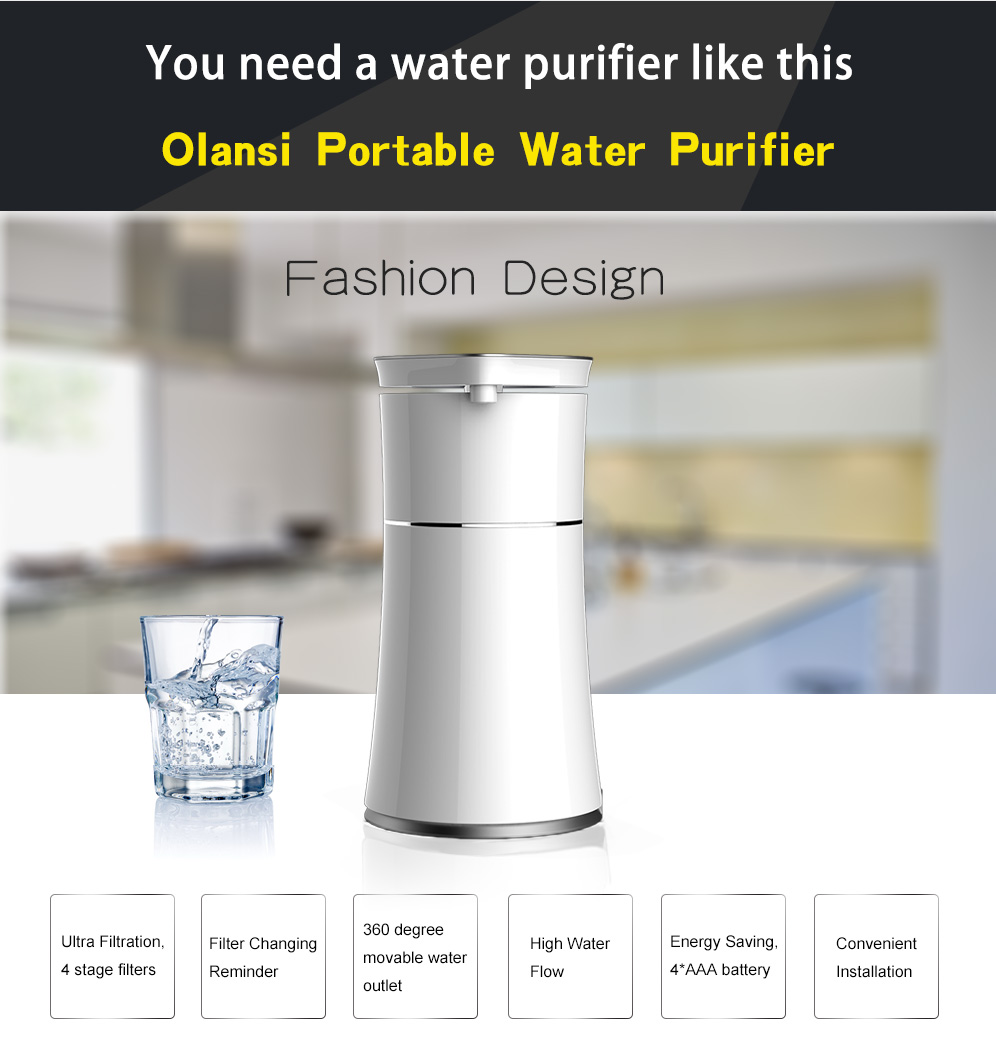 The role of the water purifier is to treat tap water in depth.

There are four main types of purification methods that are common. The latter three methods of cleaning cover 100% of the best price water purifier, so the principle of the water purifier can be explained.

Boiling is an effective and economical way to purify tap water.

3. Reduce the hardness of water: scale.

Boiling does not solve two problems:

1. Heavy metals, organic pollutants in tap water, and other unconfirmed other pollutants.

2, domestic water, such as the residual chlorine in the bathwater will be absorbed by the body through the nose and skin.

Therefore, the role of the water purifier is to solve the problem that boiling cannot be solved.

1. Low cost and high efficiency, mainly used to treat residual chlorine.
2. It can be used in the “membrane filtration” water purifier to protect the “film” and prolong the “membrane” life.

Activated carbon is a porous substance, and the inner surface composed of micropores accounts for more than 95% of the total area, and excessive voids and large pores account for only 5%. Activated carbon relies on microporous adsorption to remove organic matter.

Activated carbon is a mature technology. In the 1950s, the US Environmental Protection Agency confirmed that activated carbon has a certain adsorption capacity for trihalomethanes (described in detail below), but the cycle is short.

The three criteria can help you judge the pros and cons of activated carbon:

Compared with activated carbon, KDF is more expensive but has the function of removing heavy metals.

The scale is calcium bicarbonate produced by calcium and magnesium ions after water is boiled.

The calcium and magnesium ion concentration is related to the hardness of the water. The calculation method is as follows:

However, scaling after boiling water will affect the quality of life, the eyes will feel uncomfortable, washing clothes will not be so easy to wash, and the service life of water heaters and hot water bottles will be shortened.

There are two disadvantages to this exchange method: 1. The sodium content in the softened water is not well controlled. 2. High cost.

In addition, the installation of a reverse osmosis RO and nanofiltration purification water purifier, there is no need to install a water softener.

Membrane processing is actually the easiest to understand, but from the back-end consultation, consumers are the most confused about this piece.

Two reasons are caused: 1. There is no unified national standard, and the business has a single word; 2. The merchant itself is confused. The latter is even more terrible.